Franchise of the Year named as agency’s spectacular annual awards 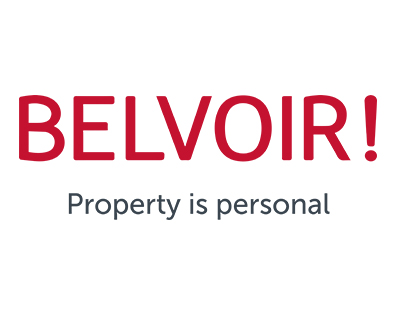 Franchise giant Belvoir has held its annual awards including the naming of the prestigious ‘franchise of the year’.

The accolade went to Gary and Amanda Pemberton and the team at Belvoir Warrington, named at the virtual event.

Gary Pemberton says: “My wife Amanda and I were genuinely totally surprised and delighted to win these awards! We always hoped we would do well in the customer service awards, so to win the Online Reputation award and the Gold Outstanding Customer Service award was brilliant, but when Belvoir Warrington’s name was read out as the winner of the Belvoir Franchise of the Year award, we were absolutely ecstatic.

“We have always placed enormous importance on customer service, and we spent our time during lockdown refining the customer journey. This is very much a team effort, and when we told them the news everyone was over the moon and incredibly proud of what they have achieved. This has been a very tough time for everybody and winning the top title has been a real boost to morale.”

Belvoir chief executive Dorian Gonsalves says: “Congratulations to all of the winning franchisees, and to their teams, who should be very proud. I must give a special mention to Paul Wallace-Tarry from Belvoir Shrewsbury, who won the Belvoir Lifetime Achievement Award, which was sponsored by Zoopla, in recognition of all that he has achieved over the past 20 years.”

Other winners included Barry and Winnie Crooks of Belvoir Macclesfield, who won the Gold Best Newcomer Award, after just a year with the brand.

Gonsalves continues: “I want to thank every single one of Belvoir’s franchisees for everything they achieved last year. Everyone has worked tirelessly for the past 12 months to protect their clients and their staff, and in my opinion, each one of them deserves an award.

“Last year was Belvoir’s 25th anniversary as a franchisor, and since that time we have had 24 years of unbroken profit growth. The Belvoir family came together in 2020 and last year we grew every single part of our business, which is a fantastic achievement. I would like to thank everyone for all of their commitment and hard work, which has been key to our success.”