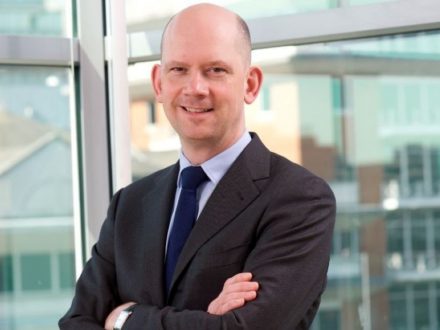 Peter Denton, a former investment banker and the current chief executive of housing association Hyde Group, has been confirmed as the next CEO of Homes England.

The government said Denton would join its housing delivery agency “later this year”, but did not specify a date.

Denton has led Hyde Group, a mutual society, since September 2019 and before that served as its chief financial officer from February 2017.

Homes England has been led on an interim basis by its former chief investment officer, Gordon More, following the departure of former CEO Nick Walkley in February. More delayed his retirement to temporarily take the helm.

In a statement, Denton said: “The government has an ambitious agenda of not just more homes but decent, affordable, safe, energy-efficient ones that sit well in their community and landscape. I cannot wait to help realise that ambition.”

Homes England chair Peter Freeman, who joined Homes England late last year, said that Denton “has deep experience of real estate banking and investment, including raising funds and managing portfolios across Europe”. He said this experience would be vital in securing the private investment required to deliver Homes England’s plans, alongside public money.

Freeman, a co-founder of King’s Cross redeveloper Argent, added: “In leaving a successful career in the commercial sector to join a major housing association, [Denton] has displayed an enormous personal commitment to marrying financial discipline and social purpose.”

Hyde Group chair Alan Collett said Denton had been “innovative in his approach” to providing homes in London and the South East at Hyde, and added: “This appointment will give his passion, enthusiasm and talents a national platform.”