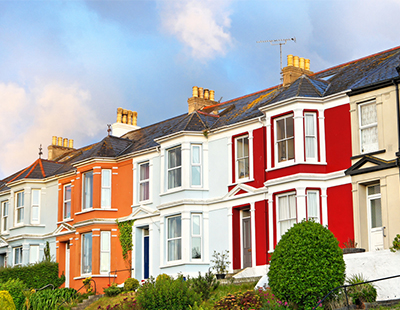 In recent months, we’ve covered a number of stories extolling the virtues of converting retail units to residential in light of the coronavirus’s devastating impact on the high street.

To create the much-needed housing England requires, such conversions – repurposing unused retail or office space – seem to make sense on many levels, even if certain planning and construction challenges are posed.

However, there could be another, easier solution. Currently, according to research, there are a shocking 640,000 empty homes in England, accounting for 2.56% of all housing.

Edinburgh-based estate agents Coulters have conducted research using data from the Ministry of Housing, Communities and Local Government (MHCLG) to unveil the areas with the highest percentage of vacant homes and reveal the UK’s ‘Empty Home Hotspots’.

The agency found that the majority of homes are found in the North West, with the famous seaside town of Blackpool having a higher rate of empty properties than any other.

When looking at the areas with the highest % of empty homes (compared to the total number of homes in the area), Coulters found that more than 3,800 properties lie empty in the seaside town, working out as 5.47% of overall dwellings.

The coast, which can suffer from seasonal downturns where job opportunities dry up outside of peak seasons, accounted for half of the ten areas with the most vacant properties. As well as Blackpool, Barrow-in-Furness, Hartlepool, Liverpool and Fylde were in the top 10.

Half of the ten areas with the most vacant properties were found by the coast (Blackpool, Barrow-in-Furness, Hartlepool, Liverpool, and Fylde).

The City of London, too, is an empty homes hotspot, taking third spot in the top 10. While it only has 311 vacant dwellings, this accounts for 4.78% of the overall housing on offer in the historic financial district, which covers the areas in and around Bank, Liverpool Street, Aldgate, Blackfriars, Monument, Fenchurch Street and Barbican stations. It is far more of a business and working environment than a residential one, though, which explains the lower number of houses in one of the biggest and busiest cities in the world.

Another London borough nearby, Southwark, was also in the top 10, which was completed by Hyndburn, a government district in Lancashire on the outskirts of Blackburn, and Blackburn with Darwen itself.

At the other end of the scale, some areas had as little as 1% of properties lying empty, with London dominating this list. Wandsworth, Hammersmith and Fulham, Westminster, Barking and Dagenham, Lambeth and Brent all had low percentages of empty homes, although in the case of Brent and Lambeth – two of the capital’s biggest boroughs – this still adds up to more than 1,600 vacant abodes each.

Corby in Northamptonshire was revealed to be the local authority with the smallest number of vacant dwellings (135), while nearby Daventry and Solihull also make the list of the UK’s top 10 most occupied homes hotspots. The county of Herefordshire, in the West Midlands and right on the border with Wales, completed the top 10. The county famous for its cattle still has 1,136 homes sitting empty, but this is only a lowly 1.32% of its overall housing stock.

As well as outlining the top 10 empty home hotspots, the research also highlights the areas where empty homes are on the increase and where they are falling.

For the biggest rise in vacant properties, we must head again to London, with four of the local authorities experiencing the biggest rise found in the capital. In Hounslow, for example, the numbers have increased by more than double, up from 757 to 1,984.

That said, there were also areas where the number of empty houses fell in the last year. Ealing in London, for instance, witnessed its number of vacant properties drop from 4,198 to 2,595, an improvement of 38%.

You can view the findings in full by clicking here.

An opportunity for investors?

We’ve looked before at whether investors should be considering London’s empty homes, and also outlined some top tips for investing in this type of property – which poses certain challenges.

Earlier this year, a guest piece from Jason Tema – a director at property developer Clearview Apartments – explored whether renovating dilipidated buildings was the way forward for property investors.

While both routes throw up issues and challenges, they are surely something for MHCLG and investors themselves to take a closer look at. Along with the inevitable transformation of the high street in years to come, with many more retail/office to resi conversions likely to appear, the renovating or occupation of existing homes is an easy way of reducing housing need and providing investors with potentially handsome returns.