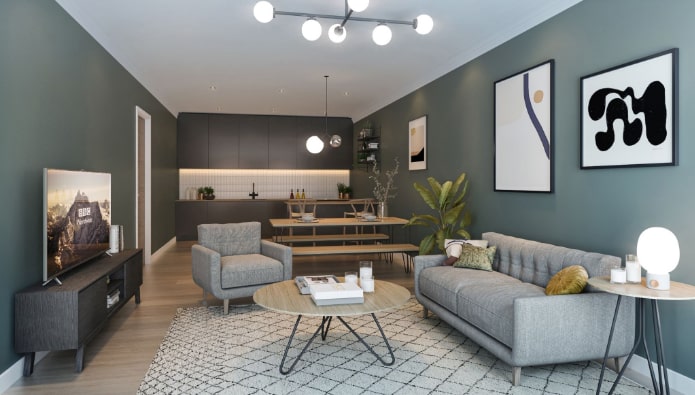 Initial work to restore a historic building to its former glory and bring luxury living space to Stretford, Greater Manchester, has begun.

The Bank, on Kings Road and originally known as Derby Hall, was home to Stretford Conservative Club for many years before its conversion to a retail premises and later a bank. The bank closed in 2016, since when the site has stood empty. Now, however, it is set to have new life breathed into it as it’s transformed into a luxury development.

The Heaton Group, the business in charge of the redevelopment, has developed a reputation for sympathetic and high-quality renovations, from dilapidated office blocks to listed buildings of historic interest, with the developer particularly well-known for its recent work in Preston.

Chris Holland, director at The Heaton Group, explained: “We see ourselves as custodians of heritage and character, preserving the best bits of local icons while providing outstanding habitats that are made for lifestyle living. We also have a unique insight into the Northern Powerhouse property market and offer developments that are ideally tailored to the requirements of our investors and tenants.”

Set to open in May 2021, the ground floor space will be a commercial unit whilst the first and second floors are set to be transformed into 13 luxury apartments.

The apartments will include 12 one-bedroom apartments and one two-bedroom apartment. Of these, three will be duplexes, each with their own private staircase to the second floor. Prices are expected to start from £110,000, with a projected rental yield of 7.58% or above.

Throughout the building smart technology will be incorporated, allowing for simpler management and lower costs. Additionally, secure cycle parking will be provided at ground floor level, with storage for 10 bicycles.

“We expect the apartments to be popular with those looking to invest in Stretford as the UK rental market is forecast to grow by over one million households over the next five years,” Holland added.

The Heaton Group points to research showing that London’s house prices have dropped by 1% year-on-year, according to the Nationwide Building Society’s House Price Index. Manchester, by contrast, has witnessed growth since 2015, with prices rising by over 7% year-on-year.

“Stretford is already popular with young professionals who commute to the city centre using the tram link,” Holland said. “It strikes a great balance between city living and a smaller town community feel. Nearby Stretford Mall has undergone a considerable £2 million investment and there are a wealth of bars and pubs.”

In the coming weeks, The Heaton Group plans to launch a detailed guide to living in Stretford, which will be available to download from its website.

What is the lowdown on Stretford?

To football fans, Stretford is a name that automatically has an association with Manchester United and the Theatre of Dreams, or Old Trafford as it’s more commonly known. The Stretford End is a giveaway to the ground’s location, with Stretford – a historic market town in the metropolitan borough of Trafford – home to Manchester United FC since 1910.

Another famous old sports ground resides in Stretford, too – the other Old Trafford, the home of Lancashire County Cricket Club since 1864.

Located on flat ground between the River Mersey and the Manchester Ship Canal, it sits just 3.8 miles southwest of Manchester city centre, three miles south of media hub Salford (home to MediaCityUK) and 4.2 miles northeast of plush, leafy Altrincham, where many of the Manchester United and City players reside.

Historically part of Lancashire, Stretford was an agricultural village in the 19th century, known locally as Porkhampton thanks to the large number of pigs produced for the Manchester market. 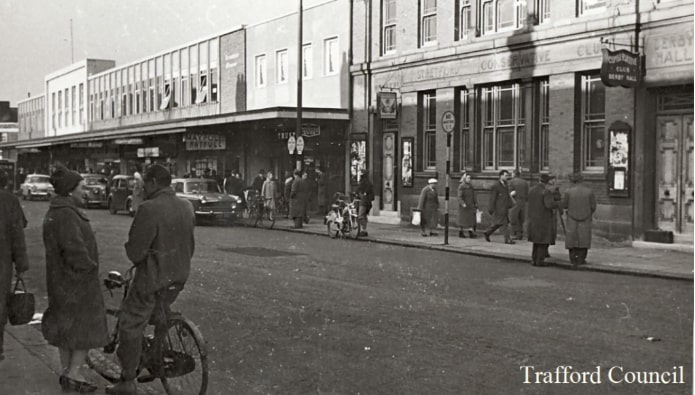 In addition, it was an extensive market-gardening area, producing over 500 long tons of vegetables each week for sale in Manchester by 1845.

The Industrial Revolution changed the makeup of the area and the others surrounding it, with the arrival of the Manchester Ship Canal in 1894, and the subsequent development of the Trafford Park industrial estate, accelerating the industrialisation that had commenced in the late 19th century.

So much so, that by 2001 less than 1% of Stretford’s population was employed in agriculture. Now the Trafford Park industrial estate, both Old Trafford grounds, nearby MediaCityUK, the Trafford Centre and the Stretford Mall are some of the biggest local employers, in a town that relies heavily on commerce and retail.

In the most recent UK census (2011), some 17% of residents were employed in retail and wholesale, comfortably the highest percentage of any sector.

Whether Stretford, given its reliance on retail, sport and leisure, will be particularly badly hit by coronavirus remains to be seen, but the recent and ongoing investment in the town suggests many believe in its potential.