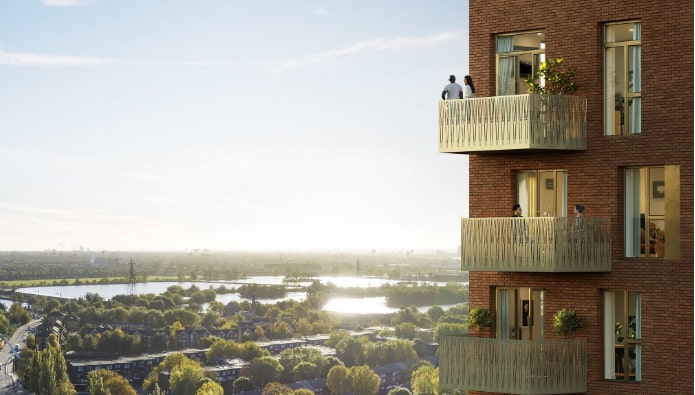 The coronavirus pandemic hasn’t put a hold on major new developments and regeneration projects taking place across the UK. Here, we zone in on two of the latest.

A global development company has announced the start of construction and the signing of three contracts to deliver 412 homes in the heart of Tottenham Hale.

Argent Related has appointed Galliford Try and United Living to deliver the seven-building regeneration scheme at the heart of one of London’s most up-and-coming areas.

The contracts are set to see the delivery of a combination of market sale properties, affordable homes, council homes for the London Borough of Haringey and Shared Ownership abodes, across three plots, part of a masterplan to deliver 1,030 new homes.

Knight Frank recently unveiled Tottenham Hale as the best value location on one of the capital’s best-connected Tube lines, the Victoria Line.

The contract signings and start of construction come at an important time, Argent Related says, in giving a boost to the industry and the London economy as it recovers from the Covid-19 pandemic.

Galliford Try, one of the UK’s leading construction groups, will lead on the delivery of two plots, 1 Ashley Road and 2 Ashley Road, providing a total of 281 homes.

1 Ashley Road, launched last year as Argent Related’s first phase of the development, will provide 183 private sale apartments across two adjoining buildings of 12 and 18 storeys respectively. The apartments are designed by Alison Brooks Architects (a RIBA Stirling Prize-winner), with interior design by Conran and Partners.

Meanwhile, 2 Ashley Road is set to be made up of 70 private sale and 28 shared ownership properties across two adjoining 14 and five storey-buildings, with ground floor retail units, communal areas and landscaping.

Sage Housing, a registered provider of outstanding affordable homes, has been appointed to operate the 28 shared ownership units. The sales opportunity for 2 Ashley Road, including Help to Buy, is set to launch in the summer of 2021.

In addition, national contractor United Living has been appointed to deliver 131 council-owned homes to be provided at council rents in partnership with LB Haringey on the Welbourne site. This will include a mix of one, two and three-bedroom apartments, arranged over three and 16 storeys, as well as a communal garden and a health centre serving more than 30,000 locals.

Tom Goodall, head of residential at Argent Related, said: “This marks a significant step forward for the project, creating a new centre for Tottenham Hale and much-needed homes for the area. We are committed to delivering to the highest standard and are proud to announce partnerships with both Galliford Try and United Living. During these unprecedented times, we are pleased to be able to support the construction industry and local employment by awarding these significant contracts.”

Bill Hocking, chief executive of Galliford Try, added: “We are delighted to have been selected by Argent Related, working together to safely deliver much-needed new homes and commercial developments to stimulate and support the economy, during these challenging times.”

One of the capital’s most substantial projects, Tottenham Hale is currently seeing £1 billion of development investment, backed by Haringey Council and the Greater London Authority.

Part of one of the largest Opportunity Areas in London, the area – which is close to the River Lea, Lee Valley Park, Seven Sisters and the Tottenham Hotspur Stadium – received £30 million of investment from Transport London to overhaul its busy and bustling transport interchange. However, the station’s £20 million redesign has now been delayed for nine months due to complications in organising railway possessions for construction work.

The most recent update on progress of the station overhaul said that the construction of the interchange required ‘significant Network Rail access based on possession working’. Consequently, the station opening was pushed back from March 31 to December 14 2020. It’s not clear if coronavirus will cause further delays.

Tottenham Hale station – which offers fast services to Central London, North London and Stansted – is set to feature on Crossrail 2’s route map if that proposed line ever comes to fruition, but that is a very long way off at present.

The area’s most prominent landmark is the 60,000-plus capacity Tottenham Hotspur Stadium – opened last year – which has provided a world-class sporting and entertainment venue in the local vicinity.

Tottenham Hale also benefits from access to vast green and blue spaces, such as the seven-hectare Down Lane Park, the River Lea and the Walthamstow Wetlands, a lush reservoir and nature reserve which opened to the wider public for the first time in 150 years in 2017.

Argent Related is best known for projects at King’s Cross, London, and Hudson Yard in New York. It is currently working in a joint venture with the London Borough of Haringey to deliver the development of a new centre for Tottenham Hale, with a further £5 billion-plus development pipeline in London.

One Touch Property, a London-based property investment and development company, has revealed that homes at a sustainable property development in the B1 postcode of Birmingham comprising 226 luxury apartments are now available for purchase.

JQ Rise is set to be made up of one, two and three-bedroom apartments, each designed with open- plan living spaces with oversize windows to let in maximum light.

The apartments are set to be furnished with the developer’s signature style, which combines modern, stylish fixtures with comfort ‘to ensure a luxurious feel’.

Hardwood veneer flooring, stainless steel sockets and integral appliances will be featured throughout.

Aside from the apartments themselves, the location is also described as ‘extremely desirable’. Birmingham’s Jewellery Quarter is steeped in history and still produces 40% of all jewellery made in the UK. 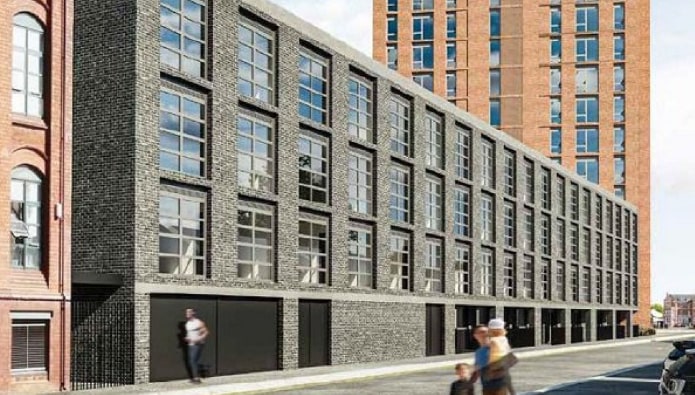 Jewellery manufacturing peaked in the 1920s, but was heavily affected by the Great Depression and never fully recovered afterwards. As a result, the Jewellery Quarter has undergone some significant regeneration in recent years and is now home to many of Birmingham’s creative businesses.

The industry is set to expand and earlier this year a planning application was submitted to transform the Key Hill area into creative studios.

In addition to the Quarter’s growing business sector, it also has vibrant and emerging cultural scene, home to many galleries and The Blue Orange Theatre, as well as independent cafes, restaurants and bars. Like many other parts of the UK, they will be hoping for a quick recovery from Covid-19 once they are allowed to open again, but could be affected while social distancing restrictions remain in place.

One Touch Property also says the location of the Jewellery Quarter is convenient for those wishing to explore further afield. It rests on the outskirts of the city centre and offers the added convenience of being well-connected thanks to the presence of its own railway station and tram stop.

“It is no surprise that people are attracted to living in such a vibrant area of the city, especially when it has undergone a period of redevelopment,” One Touch Property said.

“Compared to the UK average, house prices remain affordable, although they are increasing at a significant rate due to the emerging new business scene and its convenient location. The average house price in the Jewellery Quarter stands at £223,184, a 9% increase since 2019 (according to Rightmove).”

The company added: “Some of the fundamentals that drive rising house prices include lack of supply, regeneration, improving transport links and a movement of businesses to the area. These will still be relevant during the coronavirus pandemic and even beyond, as people still need places to live and may migrate to key cities outside of London where property is cheaper if they can work flexibly.”

JQ Rise overlooks the Jewellery Quarter and ‘has the potential to, but has not yet hit, the ceiling in terms of property prices’.

With apartments starting from just below £200,000, they are priced below average properties found in the Jewellery Quarter, ‘with more scope for investors to achieve capital uplift’.

Due to complete in Q2 2022, One Touch Property says investors have time to raise capital and says there are payment plans available. Investors can reserve an apartment with a 5% initial payment, while the deposit is divided over the build term months.

“Once completed, we expect the investor to have achieved some level of capital growth on their apartment already.”

Investors are advised to speak to a member of the One Touch Property team, who will be able to provide more detail on the JQ Rise buy-to-let development.

Investors can also find out more information on the regeneration Birmingham has experienced over the years and how that has influenced house prices.

← How the property industry must evolve to be fit for the future Q&A - could Cyprus become the next investment hotspot post-pandemic? →