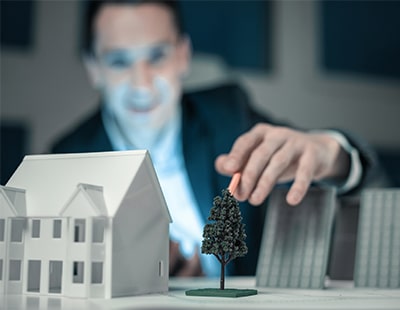 Development work is continuing to pick up as we ease out of lockdown. Below, we offer an update on two schemes – one in the north and one in the south – hoping to provide regeneration and new homes to their respective areas.

Student accommodation developer Alumno recently revealed that it has applied to Leeds Council to build a mixed-use six and seven-storey building that will provide accommodation for the city’s growing student population, along with studios to support emerging local artists.

The new 11,955 square metre project on Whitelock Street is set to regenerate the current run-down, disused site and include 105 units that will house 411 students. Facilities on offer will include a range of communal areas, including a central hub, gym, cinema, laundry room, roof terrace with a garden and extensive secure bicycle storage.

Meanwhile, the ground floor of the building is set to feature flexible gallery and studio space, managed by local award-winning non-profit organisation East St Arts. Alumno, as part of its ongoing commitment to the communities living adjacent to its projects, has also commissioned artworks that will be integrated into the public areas surrounding the development.

“We have been creating student accommodation around the UK for over 14 years, and are delighted our next project will be in Leeds,” David Campbell, Alumno’s managing director, said. “Whitelock Street is the perfect location due its proximity to the universities and city centre, and we believe this development will be a great addition to the Sheepscar district and offer significant regeneration benefits. It will also make more housing available to local people by alleviating the need for students to rent family homes privately in the area.”

Alumno, which was established in 2006, partners with universities, colleges and other stakeholders to provide high-quality living space for students across the UK. To date, it has housed 7,000 students in locations such as London, Birmingham, Norwich, Glasgow, Durham and St Andrews.

It aims to deliver distinct and sensitive designs, carefully engaging with local residents to integrate its developments for the benefit of the existing community. Its schemes typically introduce a mix of other uses alongside the student accommodation.

In its first joint venture with Catalyst homes, developer Mount Anvil has unveiled The Verdean, its newest six-acre regeneration site in London, which is set to create almost 1,000 new homes. The first launch, a 24-storey building with a planned completion date of Q2 2024, has prices starting at £369,000.

The Verdean sits on the fringes of the £26 billion regeneration masterplan of Acton, which is one of London’s largest regeneration programmes. This will include the only transport hub with a Crossrail-to-HS2 interchange, along with new schools, a new high street, public realm and the creation of 65,000 new jobs.

The plans also include proposals for two new campuses for Imperial College’s scientific and innovation hubs.

Situated next to Acton Mainline station – a Crossrail station, once that line is fully operational – the development also sits close to six other stations, meaning the area is very well-served by public transport. Access into central London is possible within 10 minutes, Heathrow in 20 minutes and Canary Wharf in 23 minutes.

“The name The Verdean comes from the Latin for green – “Viridi” – and it represents the lifestyle we create for our residents,” Jon Hall, group sales director at Mount Anvil, said.

“There will be ample green spaces, from eco-walks and outdoor gyms to the podium gardens and rooftop gardens. We are truly excited to bring forward this scheme with our partners Catalyst. It will be an asset for the local and incoming community.”

He added: “Located in Acton, a neighbourhood with excellent schools and great transport links into Central London and further afield, now is an exciting time to invest whilst it’s still in its infancy. Just next door, [there is] the Old Oak Common regeneration zone with a new Crossrail/HS2 interchange.”

Hall suspects this development will be popular with young professionals and parents looking to invest in accommodation near the new Imperial University science and technology campus.

The Verdean is deemed to be a prime site for regeneration, with the creation of 990 new homes alongside a number of community assets including: a supermarket, commercial space, cafes and vast open areas including an outdoor gym, running track, basketball court, and climbing wall.

The scheme will also include treelined gateways to the site, podium gardens, woodland pockets, an eco-walk and a kitchen garden – where residents will be encouraged and supported in growing fruit and vegetables for their own consumption. Over a third of the site will be landscaped.

Curated by Chapman Taylor – the designers behind MediaCityUK, the Ashford Designer Outlet Extension and Heathrow Terminal 5 – The Verdean is described as an ‘attractive brick clad assembly, ranging in elevation and mass’. The Oak is the centerpiece of the site rising to 24 storeys, making it the tallest building on the site.

Nick Vaughan of Savills said of the development: “It is clear that Mount Anvil and Catalyst are committed to delivering an exemplar regeneration scheme at The Verdean. We are delighted to help bring forward these homes. Located in an exciting part of West London, we expect The Verdean to be a superb investment for the short and long-term.”

Emma Fletcher-Brewer, partner in the Baker Street New Homes team at Knight Frank, added: “Acton is a popular district in West London, with outstanding schools and links into London and beyond. On the Crossrail route, there is a clear case for investment in the area with research showing price growth around new stations has outperformed the wider market, making it an easy decision for many of our buyers.”

Previously known as The Friary, the site dates back to the 13th century in a then-sleepy town of Acton. The Victorian era brought with it the development of the railway and Action became home to villas and terraces, many of which still dominate the local housing stock today.

Following the First World War, ‘Walls’ developed the site into a sausage factory, which incorporated seasonal ice cream making. In the 1980s, the site was developed into a housing estate, which was then acquired by Catalyst in 1988.

Each apartment will be finished to the highest of standards, with a considered layout designed for modern living. Residents will be able to enjoy 24-hour concierge facilities and a business lounge, while there will be a new gym, screening room, a car club scheme and bicycle storage, with the latter subject to planning.

← Surge in market activity will delay a drop in house prices, says Zoopla Covid-19 impact – will it lead to a rise in retail to resi conversions? →