Developers face backlash for avoiding scrutiny due to lockdown 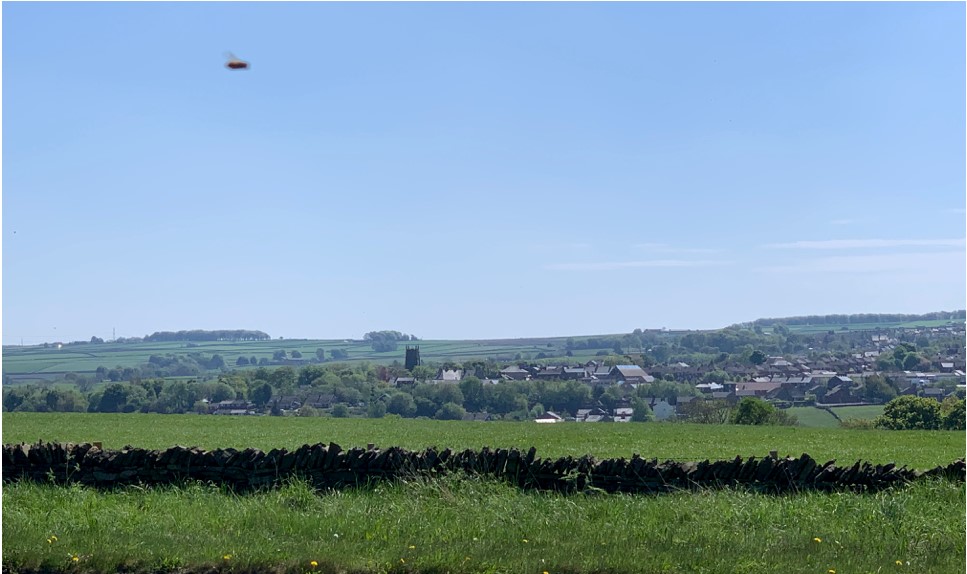 There are concerns housebuilders are pushing through developments without facing proper scrutiny due to the current lockdown period.

One proposed development which prompted a heated response from some locals was in a semi-rural location near Penistone, South Yorkshire.

The plan from Barratt & David Wilson Homes is for a 460-home development, which would increase the size of the market town by 10% if given the green light by Barnsley Metropolitan Borough Council.

While the plans for the development were submitted before the lockdown occurred, the situation has made it hard for some elderly residents to scrutinise the plans online, while others only found out about the proposal at the 11th hour.

One such resident, Angela Tinker, said: “I found out about this proposed development by accident through our local postman on Monday 4th May and the deadline was May 8th.

“It’s totally unacceptable that something so disruptive to our lives could go ahead without our being informed and given the opportunity to properly give our constructive comments.

“Whilst plans are available online, our rural broadband service is appalling and not everyone has the skills or the technology to access it.

The target decision date regarding the development is 6th July.

Tinker, who runs four holiday homes eight miles from the area in question, managed to rally three neighbours and put together a list of concerns at short notice, which were sent to the council shortly before the deadline passed.

In the letter they criticised the timing of the consultation, as well as the lack of an environmental impact assessment or an adequate flood risk assessment. They also raised concerns about the strain these developments could have on broadband speeds, local schools, doctors’ surgeries, dentists, parking and traffic.

Typically affected residents could hold public meetings, consult their neighbours door-to-door or deliver leaflets – all of which isn’t possible due to coronavirus.

The council would also typically put up planning notices adjacent to sites, while the planning documents would usually be accessible in the town hall.

Barratt Homes Yorkshire West – we followed the letter of the law

A Barratt Homes Yorkshire West spokesman responded to Tinker by making it clear the plans were submitted four weeks before the lockdown started, meaning it wasn’t done deliberately to avoid scrutiny.

He also made it clear that the move to carry on with the planning process has come from the top, with the government making it clear the planning system should operate as normally as possible to encourage housing delivery, despite the public socially isolating from one another.

The spokesman said: “We strongly object to the accusations. We have completed significant consultation to date and in submitting our planning application we have strictly followed national and local guidance.

“On the 23 January, we held a public consultation at St John’s Community Centre in Penistone to ensure a clear and open dialogue with local residents. After this, we took time to reflect upon the feedback provided and made amendments to our scheme where possible.

“We formally submitted the planning application on the 24th of February, four weeks prior to the government lockdown and the period for formal consultation started.”

He added: “The government has made it clear that the planning system should operate as normally as possible to encourage much-needed housing delivery across the UK.

“Barnsley Council is rightly taking steps to progress the application as swiftly as possible on a site that has been allocated for housing in a formally adopted local plan for over 12 months.

“We remain committed to continuing dialogue with local councillors, residents and other stakeholders on this application. Once all consultation comments are received we will digest them and make amendments to our scheme where appropriate to address concerns.”

A councillor’s view – consultation periods must be extended

Councillor Hannah Kitching, who represents Penistone West ward and is leader of Barnsley Liberal Democrats, argued that consultation periods need to be lengthened generally during this lockdown period.

Typically councils are expected to make decisions in 13 weeks, as she echoed that the the central government ruled that normal procedures should continue despite the lockdown.

However she said this isn’t fair to the public nor local authorities, who are under pressure to boost housing supply or face a financial penalty from central government.

With the Penistone case Kitching felt Barratt & David Wilson Homes weren’t to blame for angering locals, given that this has been a mooted development for some time and not something that’s been proposed opportunistically due to the lockdown.

However she reckoned other developers are attempting to use this situation as an opportunity to push through plans with minimal scrutiny.

Kitching said: “My issue is not about this application, though there are definitely applications that have been slipped in hoping to get stuff under the radar.

“It’s this drive from the government to keep on pushing through the planning process regardless of the situation.

“While it can benefit developers to get through plans without public scrutiny, they as a general rule prefer to have the community on side.”

She added: “Those missing out are older people, vulnerable people, people not on social media. It’s making it hard for those people to have their say.

“I’d like to see a relaxation of planning targets and deadlines. They are just arbitrary numbers that someone has chosen. They could easily be altered.

“There’s a lack of acknowledgement that things are different – it would be nice to see a bit of relaxation and understanding.

“Give everyone more time.”

Working remotely also hasn’t been easy for planning officers, Kitching said, some of which are juggling looking after small children at home with work, while meetings are taking place virtually for the first time.

Kitching has raised awareness of the Penistone development on social media, while she has been speaking to residents over the phone.

The councillor previously encouraged the local authority to widen the regional scope of the letters sent out, though Tinker was mistakenly left off that list initially.

Kitching said: “If anybody contacts me and says they didn’t know about it that for me is upsetting – it means we’ve failed to spread the message wide enough.”

According to Tinker the MP has pledged to write to the council to request that locals are given more consultation time up until the decision date.