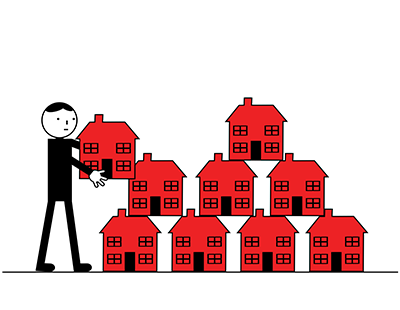 A crooked lettings agent stole almost £30,000 from dozens of clients to prevent his business from going bankrupt.

During late 2018 he went bankrupt and was forced to close the company which is when tenants and landlords realised deposits had not been paid into a recognised scheme. Instead they had been used by Catherall to prop up his business.

Nottinghamshire Police then received numerous reports from landlords and began an investigation.

Officers from the fraud team pieced together a complicated timeline of financial transactions dating back to 2009.

Catherall was interviewed and admitted he had not paid the money into a deposit scheme but had kept it himself for the business. He was charged and pleaded guilty to dishonestly making false representation to make a gain.

He was sentenced at Nottingham Crown Court to 20 months in prison, suspended for 24 months, and ordered to conduct 200 hours of unpaid work before September 23 next year.

Detective Constable Chris Underwood says: “Catherall stole from his clients and tried to justify to himself that he was doing it for the good of the business which he has now lost. He has also lost a tremendous amount of pride and now has been left with a criminal record.

“His actions cost dozens of people hundreds of pounds and caused a huge amount of stress and worry.

“We take these incidents seriously and hope the victims can find some comfort in knowing that Catherall has been held to account for his crimes.”