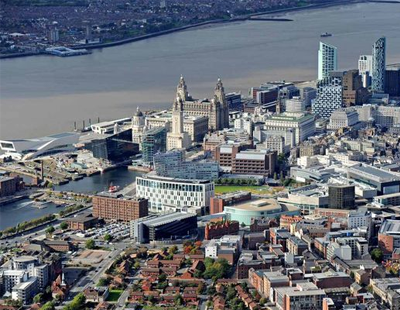 A controversial Labour council that locked horns with the government over landlord licensing is now submitting a new proposal for its area.

Liverpool council’s original request for licensing to be applied across every single one of its 55,000 private rental properties was rejected by the Ministry of Housing, Communities and Local Government.

There then followed a war of words between the MHCLG and Liverpool’s then mayor, Joe Anderson. Recently Anderson was arrested on suspicion of conspiracy to commit bribery and witness intimidation – he denies the charges but has been suspended from the Labour Party and has relinquished his Mayoralty.

Now a new and smaller application for landlord licensing is to be considered by Liverpool council this week and then, if passed by councillors, will be submitted to the government.

Around 45,000 of the 55,000 properties in the original scheme are included in the new version.

A consultation, which ran from August until October, received over 2,000 questionnaire responses and 600-plus telephone responses. There were also face-to-face meetings, focus groups and with tenants, residents and landlords and letting agents.

Tenants, residents and partners were generally supportive of the proposal, with landlords and letting agents saying that they were against.

The council says that should the scheme go ahead – a decision will be taken on Friday – it will assess fees and incentives as well as “improving the working relationship with landlords and agents.”

Joe Anderson’s deputy, Wendy Simon, says: ‘This life saving scheme would be one of the largest in the country covering the vast majority of properties that were under the original programme, ensuring landlords meet their obligations, such as putting in smoke detectors and fire doors as required by law.

“The council makes no profit from the scheme. Every single pound we get from landlords would be ring-fenced, paying for our team to be out on the streets every day inspecting homes, chasing disrepair and taking the strongest action against those landlords who refuse to manage and keep their properties safe.”

And councillor Barry Kushner, responsible for housing, adds: “Having a warm and safe home is a basic human right – but sadly we know that too many of our residents live in poor housing conditions and are paying rent to a landlord who doesn’t carry out essential maintenance.

“It is essential that we have some regulation of private rented houses, so that we can take action when our residents are living in poor housing conditions and are paying rent to a landlord who doesn’t carry out essential maintenance.

“The previous scheme showed how council intervention forces bad landlords into taking action to improve their properties, giving us a foot in the door to work with tenants to identify the issues and get landlords to take action.

“Many of the cases we have dealt with previously were related to electrical and fire safety standards, as well as damp and anti-social behaviour, all of which contribute to poor health and mental wellbeing.”