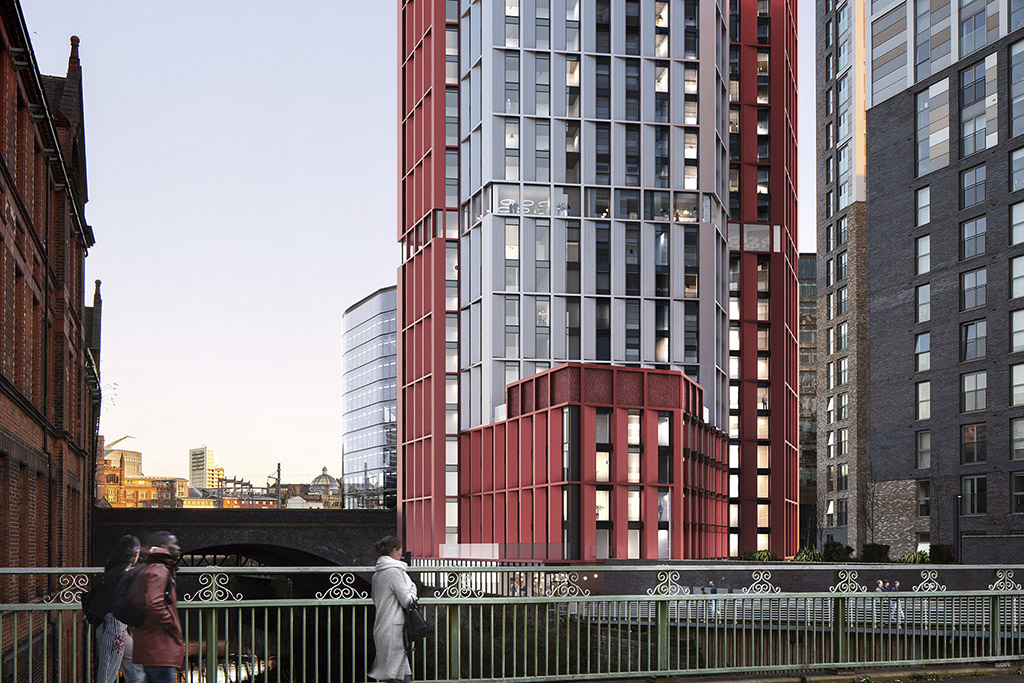 Plans for a new 36-storey tower in Salford with a construction value of around £45m have gone in for planning approval.

Developer Progressive Living’s plans for the tower include 485 apartments and a 171-bed hotel in the Greengate area of Manchester. The scheme on Gorton Street will be built on land that the developer has acquired from Network Rail. The scheme includes eight railway arches that will be turned into social and leisure space.

Construction News understands a contractor will be appointed in the third quarter of this year, with a number of firms already being considered.

Progressive Living Developments director David Fairclough said the project was part of a wider regeneration of the area: “Greengate has seen huge investment over the past few years; it is transforming into a sought-after place to live, and we look forward to playing our part in its ongoing regeneration.”