Construction roundup – building our way out of the pandemic 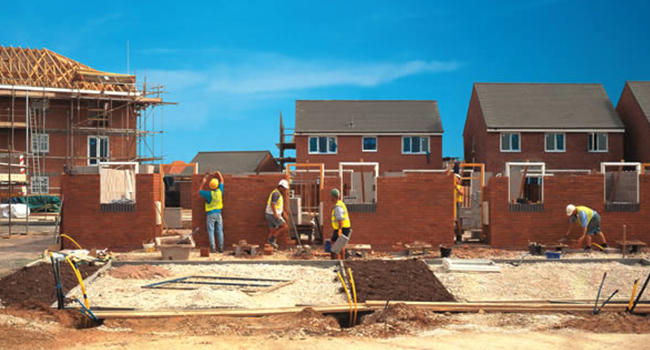 Ian Hodgkinson, managing director of Hodgkinson Builders, is urging businesses and governments to ‘use smarter, more sustainable methods to build much-needed social housing quickly’, and in doing so can reap rewards for society as a whole.

The report explains why every affordable home built in the UK generates an additional £108,000 for the economy, due to the creation of jobs, and boost to the local businesses in that area. It also details why improving the housing stock for the less fortunate will cut billions in ‘unnecessary expenditure from the NHS bill’.

Hodgkinson comments: “Never has there been a better time to improve housing and social housing in the UK. Faced with the economic challenges caused by the current pandemic, this is an area that could drive our economy in the right direction and give us a chance to build our way out of a crisis.”

“Although this report was conceived and written during the pandemic, it’s something that I’ve been meaning to do for a long time. But now, the conclusions it draws are even more poignant than they were beforehand.”

He mentions that with so many people struggling financially, and with the benefit system funding increasingly expensive temporary housing solutions for homeless families, it was imperative that efforts were made to remove the stigma of social housing.

“Investment in social and affordable housing has profound benefits for the economy, for people’s health and well-being and for the adhesion of local communities,” he adds.

“I hope this white paper helps to sort out the facts from the myths in such a way that we can finally achieve the goal of providing every person with a solid roof over their head.”

The non-political white paper is being distributed to government ministers, housing associations, local authorities and other decision-makers in the hope that it will help to shape future housing policy.

The recovery in construction output in the UK gained momentum in March, buoyed by an increase in housebuilding, commercial work and civil engineering, new data has shown.

The IHS Markit/CIPS ‘UK Construction Total Activity Index’ registered 61.7 in March, up sharply from 53.3 in February – the strongest rate of construction output growth since September 2014.

Housebuilding was the best-performing category at 64.0, seeing the fastest growth since July 2020. Strong increases in activity were also witnessed in commercial construction (62.7) and civil engineering (58.0) in March, with both segments the highest since the second half of 2014.

Survey respondents commented on the mobilisation of delayed projects, especially in areas such as hospitality, leisure, and office development. There were also reports of a boost from major infrastructure projects in March, as well as higher workloads due to more spending on residential construction work and rising new home sales.

Improving client demand and contract awards on projects that had been put on hold earlier in the pandemic also contributed to a steep rise in new orders during March.

The report suggested planned new project starts spurred a rise in employment numbers, with the rate of job creation the strongest for over two years in March. Construction companies also signalled a sharp increase in buying volumes in response to greater workloads.

In addition, higher demand for construction products and materials contributed to longer wait times for deliveries by suppliers. Around 41% of the survey panel reported longer delivery times from suppliers in March, while only 1% saw an improvement.

The demand and supply imbalance for construction inputs led to the steepest increase in purchasing prices since August 2008. Brexit and Covid-19 were cited as reasons for price hikes in March.

Meanwhile, the survey indicated strong confidence for construction activity in the year ahead. Growth projections were the most upbeat since June 2015, reflecting confidence in the UK economic outlook, the improving pandemic situation and pent-up demand.

Duncan Brock, group director at the Chartered Institute of Procurement & Supply, comments: “Construction was full of the joys of spring in March with a sudden leap into solid growth fuelled by across the board rises in workloads in all sectors. The commercial pipeline was particularly spectacular giving its best performance since late-2014.”

“This upturn led to a significant boost in hiring levels with the fastest upturn in job creation since December 2018 offering a clear sign that companies are feeling more positive in planning for new-builds and refurbishments of current properties.”

He says the downside is the steep inflationary rise in raw materials and other construction items and the underperformance of supply chains, longer delays and higher costs – all of which could ‘easily cool the sector down a notch’.

Despite this, Brock adds: “Business confidence was standing tall with future optimism about the next 12 months the highest since June 2015 which suggests it is mostly plain sailing now that lockdowns are ending, and vaccine programmes are underway.”

← What are the common mistakes you need to avoid with your next BTL? Free Facebook training offer for regional agents →