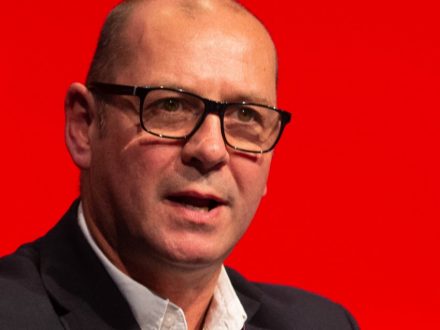 It was through the Shrewsbury building workers that I first encountered the fighting spirit of the construction sector – and its chronic troubles too.

Shamefully, decades on, there is still a long way to go to give construction workers the dignity they deserve – it was only in March 2021 that the Court of Appeal quashed the convictions of North Wales building workers found guilty of picketing offences in the early 1970s.

Progress is possible. I was a regional officer and part of the trade union team that oversaw the landmark deal at Heathrow Terminal 5 on behalf of our members at the time – a great agreement that delivered for construction workers.

And look at Hinkley Point C where UCATT – which I’m proud to say is now part of Unite – pursued early engagement with the procurement process to achieve a decent deal for construction workers on one of the biggest sites in Europe.

But I also know that in recent times we have failed to organise on our sites, quite simply because we have not engaged the hearts and minds of construction workers. This will change.

Direct from the sites

My programme for construction comes direct from the sites, via our reps, to champion health and safety, direct employment with no loss of pay, and the need to improve some of our national agreements so they fairly reward our highly skilled members. I want to see standard-setters delivering the best in safety, support, and security.

Even in 2021, construction is still one of the most dangerous industries to work in. Workers are still losing their lives or being injured because corners are being cut on health and safety.

Unite must be the bulwark against the bad bosses. From the day a worker steps on a site, I want Unite to be with them, delivering training, skills and security, and investing in our shop stewards and reps base so that they can deliver.

Help should never be more than a phone call away, as set out in my “one call, that’s all” pledge, while the new Unite app will provide support night and day.

“Unite must be the bulwark against the bad bosses. From the day a worker steps on a site, I want Unite to be with them, delivering training, skills and security”

We will defend the Construction Industry Training Board from this government’s idiotic cuts. We’ll tackle the cowboy bosses, jobs and wage insecurity – and we’ll get the gangmasters off our sites.

Construction desperately needs real apprentices; workers need pensions to allow them to retire in dignity; and why shouldn’t a construction worker receive holiday pay? Think back to the shame of the 2012 Olympics – the kids of east London didn’t get their chance to learn a trade. Never again – I’ll ensure that our contracts leave a lasting legacy for our young people to get a start.

I will fight to ensure that public sector contracts are not simply awarded on price but on quality. How a company treats its workers, how they employ them, and what they contribute to the future of our industry through training should all be factors in determining who gets taxpayer cash.

Under my leadership, Unite will stand up to bad employers but will also engage with those making genuine efforts to make our members safe, well-paid and respected.

We will pursue local authorities to bring labour and services back in-house, because council taxes should be spent in our communities, on workers’ wages.

Engage with the top

To do this, Unite must engage at the top table. It needs a leader with a record of delivery, who employers recognise as a determined, experienced negotiator capable of getting the best deal.

Construction workers are key to our economy. There’s a housing crisis and a crippling cladding scandal to resolve, but there are also huge opportunities as the economy transitions to meet the climate change challenge. I am determined that Unite will seize these opportunities to deliver unionised construction sites that will renew our communities with green infrastructure, homes, schools and hospitals.

And I promise I will hound the blacklisters, deliver justice for our members, and force anti-union employers to change or die. Unite will lead the way, forcing both UK and overseas companies to reform.

When employers deal with me, they know they are up against the country’s leading trade union negotiator. Foundations in Sunderland will soon be laid by Unite construction workers because I led the fight for a gigafactory, and won. As the economy shut down last year, I worked day and night with ministers to secure the furlough programme, to keep wages coming in for 11 million workers.

This is the solidarity and determination I will show. I want Unite to never back down and always have your back.

← Auction roundup – a rare opportunity and the best a... Home Maintenance Tasks: When to Call in a Professional →