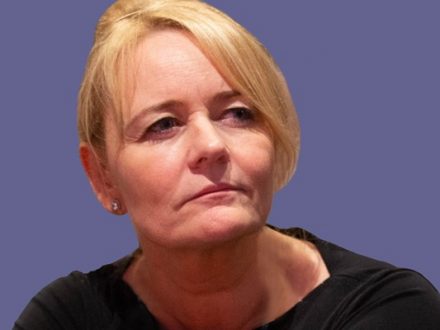 Sharon Graham is executive officer for organising and leverage at trade union Unite. She is one of three candidates standing to replace Len McCluskey as Unite’s general secretary

We all know the construction industry has a skills shortage, one that will get more intense as an ageing workforce transitions to retirement in the coming years. According to the CITB, more than 500,000 British construction workers are expected to retire in the next 10 to 15 years.

Fortunately, there is a simple solution. We need good apprenticeships that give young workers a trade. But to attract those young workers we also need well-paid jobs in safe conditions, and an industry where construction workers are directly employed by firms that value their professional skills and respect their collective agreements.

“I am convinced that a strong, workplace-focused Unite, that fights for better jobs in construction, is what construction workers deserve, and what the industry needs to guarantee a healthy future”

Unfortunately, this is not a given. In the recent past, construction workers have had to deal with some of the most hostile employment conditions. They have been subjected to appalling blacklisting that has destroyed lives. They have witnessed union victimisation and corporate spying. They have had to maintain constant vigilance to ensure that the health and safety standards designed to protect them are upheld. They have had to deal with the rampant abuse of employment rights though agency and umbrella firms. And they have seen repeated, direct attacks on their collective agreements and their skills in attempts to cut costs.

Indeed, it was only recently that our electricians had to fight off and defeat a scandalous attempt by employers to deskill their trade.

Thankfully Unite has some fantastic activists in this sector that have shown they can fight and win to get the high standards that the industry needs. I was fortunate enough to work with our construction reps in defeating Besna in 2012 and again in the Crossrail dispute in 2013, getting our blacklisted shop steward Frank Morris back to work. Now I am privileged to have the overwhelming support of the sector in my campaign to be the next general secretary of Unite.

I have pledged that my focus as general secretary will be on the workplace not Westminster. This does not mean that I will avoid political fights required to back our members, or fail to hold politicians to account – far from it. But it does mean my focus will not be on the internal workings of the Labour Party or on cosy chats in the House of Commons.

Instead I will be focused on helping our members build their industrial base and on giving them the support they need to win their disputes.

In construction, we need to build our strength so that members can take on under-cutters, push up standards, and defend and improve our collective agreements. And if employers attack our members, it means being ready to fight back. In the words of Frank Morris: “When workers are attacked by big multinational employers, we need leverage on our side to level the playing field.”

We also need to leave no stone unturned in exposing the whole truth about blacklisting past and present. In the past, the bureaucracy of our union and its predecessors in construction have sometimes failed the membership. I want to lead a union that delivers for construction workers, a union that the apprentices of tomorrow will join because they know Unite has got their backs. And I am convinced that a strong, workplace-focused Unite, that fights for better jobs in construction, is not only what construction workers need and deserve, it is also what the industry needs to guarantee a healthy future.