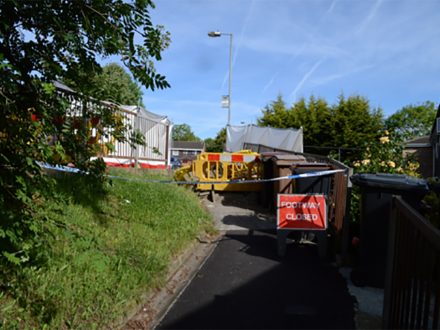 A contractor has been fined £100,000 after a member of the public died after falling into an excavation site that had not been properly secured.

Contractor M&S Water Services (Utilities) was digging a footpath on Devon Street, Luton, to access a stop tap that needed replacing. It could not be replaced by hand so workers from the company left the site protected by plastic barriers until another team could fix the problem five days later.

In May 2017, Matthew Wilmot was walking past the excavation site over the bank holiday weekend when he fell into it. His body was found the next morning.

An investigation by the Health and Safety Executive (HSE) found the contractor had not carried out sufficient risk assessment. If it had done so, it might have identified the need for secure fencing, back filling or provided a covering to protect the site as the route was frequently used by nearby households.

HSE inspector Alison Ashworth said: “This tragic incident could have been avoided if the risks had been properly assessed and simple precautions put in place.”

← Auction roundup – now that the stamp duty holiday i... 5 Money Saving Tips When Hiring a Skip →