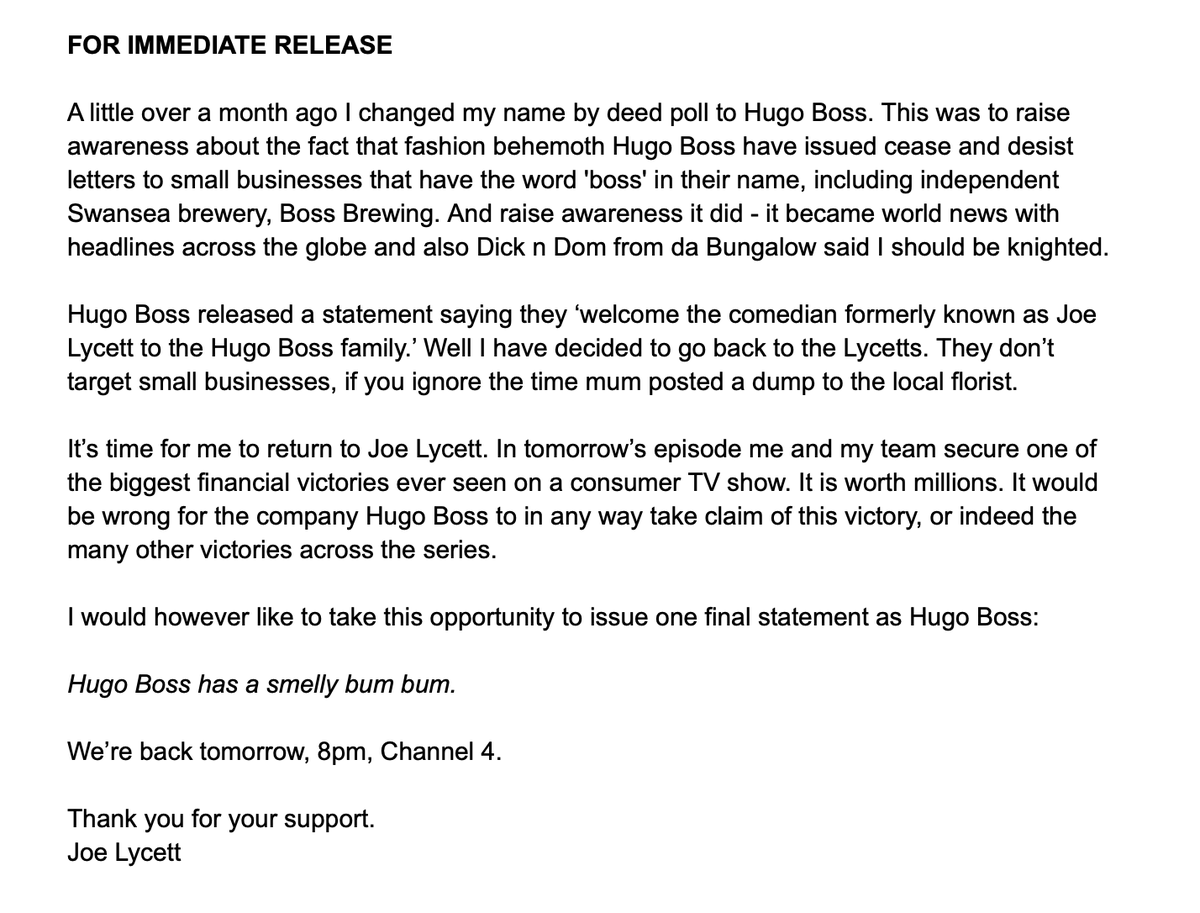 In a statement on Twitter, the standup explained that he is returning to his birth name several weeks after changing it by deed poll to Hugo Boss. He took that decision in March as part of a surreal swipe at the fashion brand after it was accused of taking heavy-handed legal action against small businesses including a Swansea brewery, Boss Brewing, and charities that use the word boss in their names.

Lycett said that his mission to raise awareness about the legal actions of the “fashion behemoth” had been successful. “It became world news with headlines across the globe and also Dick n Dom from da Bungalow said I should be knighted.”

He continued: “I have decided to go back to the Lycetts. They don’t target small businesses, if you ignore the time mum posted a dump to the local florist.”

The comedian’s current TV series, Joe Lycett’s Got Your Back, broadcast on Channel 4, targets big corporations to fight for the rights of British consumers. According to Lycett, in this week’s episode “me and my team secure one of the biggest financial victories ever seen on a consumer TV show. It is worth millions. It would be wrong for the company Hugo Boss to in any way take claim of this victory.”

Lycett ended the statement with a final message: “Hugo Boss has a smelly bum bum.”