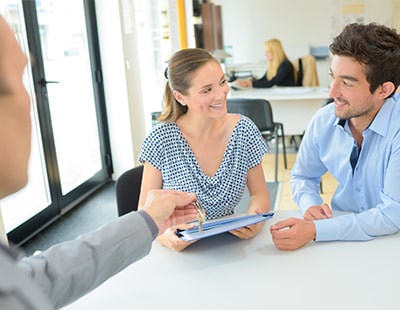 One in eight homes coming onto the rental market in inner London since May has previously been an Airbnb or other short let property.

That’s the conclusion from new research conducted by Hamptons International.

The number of homes available to rent in Inner London is up 42 per cent on the same time last year, putting downward pressure on rents says the agency.

Of the 20 local authority areas which saw the highest proportion of short lets being offered on the long-term rental market, 16 are in the capital.

The Vale of White Horse in Oxfordshire is the first local authority outside the capital to appear on the list, with 3.6 per cent of its instructions previously listed as a short let.

In July the average cost of a newly let property in Great Britain fell to £1,001 pcm, 0.1 per cent lower than the same month last year.

Rents across Greater London as a whole fell 4.2 per cent year-on-year in July, led by a record rent fall of 8.4 per cent in Inner London.

The impact of lockdowns across the world on both the number of tourists and corporate relocations into the UK has resulted in some landlords choosing to move their short let properties onto the long-term rental market.

This trend has mainly been concentrated in Inner London, and is one of the biggest factors leading to record rent falls in the area, insists Hamptons.

So between the lifting of lockdown in late May and the end of July, some 12 per cent of homes that came onto the rental market in London’s Zone 1 had previously been let on a short-term basis.

Across London as a whole, the figure stood at 5.1 per cent over the same period.

In total 37 per cent of homes in London which had previously been advertised on a short let basis are now being offered for long-term occupation.

However landlords switching their property from a short to a long-term let are likely to see a significant reduction in rent.

On average the change means a 35 per cent reduction in rent, equating to £1,952 a month less.

Homes previously let on a short-term basis have contributed to the increasing number of overall properties available to rent in the capital.

In July there were 26 per cent more rental homes available in London than at the same time last year.

Indeed London was the only region in Great Britain to record a year-on-year increase in the number of rental homes on the market. Almost all this increase took place in Inner London where the number of homes to rent rose 42 per cent on last year.

Hamptons believes that the shift from the short let to the long let market is almost exclusively London driven. Of the 20 local authorities with the highest share of short lets being offered on the long-term rental market, 16 were in the capital, suggesting rural and coastal short let markets are performing more strongly.