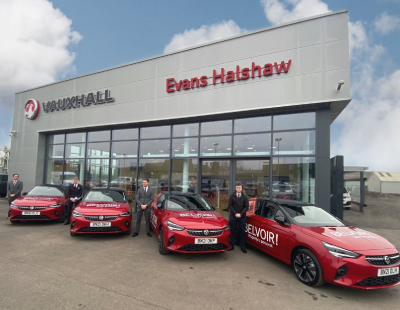 Another franchise lettings and sales agency has gone green by changing its car fleet to electric vehicles.

One of the Midlands branches of Belvoir – covering Wolverhampton, Wednesbury, Walsall and Cannock – has taken delivery of its first selection of fully electric Vauxhall Corsa-e models, allowing the company to move one step closer to its green energy goals.

The firm says by choosing fully electric models, the business will reduce its overall impact on the environment, as well as helping to save money on running costs.

The model enables drivers to get up to 209 miles from a single charge, allowing staff to use the vehicles all day without additional topping up.

David Warke, franchise director at Belvoir Wolverhampton, says: “As a pro-active business we felt the need to move to electric was an important decision that not only helped reduce our costs, but also enhanced our green credentials.”

The deal to buy the fleet was made with Evans Halshaw.