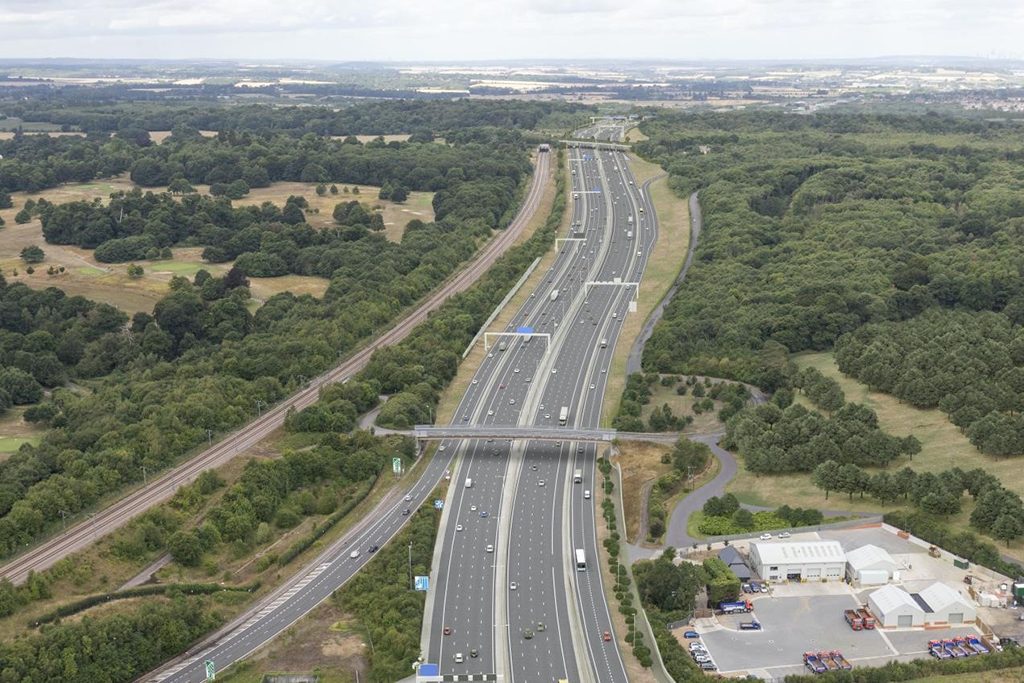 Campaign group Transport Action Network has launched the judicial review action, claiming that transport secretary Grant Shapps broke the law by failing to consider the effect of the plan on the environment.

The government’s lawyers told the court it had considered the impact in devising RIS2, and that while the roads investment would result in increased emissions, they would be offset by a far larger decrease in the UK’s emissions as a whole. It argued its net-zero carbon-reduction plan allows for different industries to reduce their greenhouse gas emissions at differing rates.

Road projects under the plan include the £6.8bn Lower Thames Crossing connecting Essex and Kent, the £1.7bn A303 Stonehenge Tunnel, and the £138m M60/M62/M66 Simister Island interchange north of Manchester, on which Costain landed the main contract this week.

The Transport Action Network has asserted that carbon emissions generated by the plans are 100 times larger than a Department for Transport (DfT) assessment, which was carried out after the strategy was developed.

David Wolfe QC, who argued a similar case against Heathrow Airport’s expansion two years ago, outlined some of the group’s case on Tuesday. The High Court ruled that the plan was incompatible with climate commitments, but this was later overturned at the Supreme Court.

Wolfe argued that the DfT did not demonstrate a full assessment of the impact of the road-building programme and its own commitments to reducing carbon before releasing RIS2 last year. He said that these commitments are outlined both in the Paris Agreement on climate change, as well as the legal target the government set itself in April this year to reduce emissions by 78 per cent by 2035 compared to 1990 levels under a measure called the sixth carbon budget.

The commitments, he said, require the government to consider how to reduce emissions over a gradual period.

He said the Paris Agreement, of which some measures were not addressed in the Supreme Court ruling that Heathrow expansion was legal, is “material” to the case. “What do we get from Paris being material? We don’t just need net-zero, we also need the urgency – not just [switching to] electric vehicles […] in 2050, we are also concerned what happens in the short term – at least we should be.”

John Litton QC, representing the DfT, told the court that a policy of net-zero carbon emissions allows for some industries to decarbonise faster than others and aims to balance this out with measures such as tree planting and carbon capture technology.

“The objective is not to look for zero emissions across all sectors but to reach a balance between emissions and sinks. It’s clear that the government does not have sectoral goals or targets for emission reductions, recognising that in order to achieve the objective of net-zero there will have to be reductions across all sectors but obviously there will be a greater reduction in some than others.”

Last week the Welsh Government announced it has suspended all new roads projects until the results of a carbon-reduction review panel are delivered.

The case concludes tomorrow. A judgement is expected to be issued at a future date.

← Short let tenants offered deposit alternative via new... Which are the best areas of the UK to invest in property? →