Build To Rent set for late-year surge in applications – claim 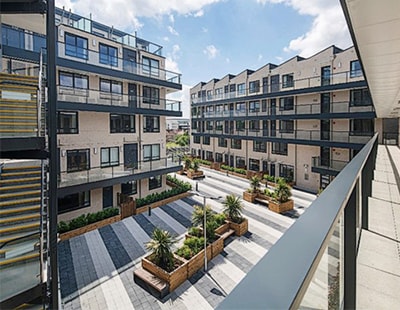 A late-year surge in the number of Build To Rent applications has been forecast by a market commentator.

Alex Blagden, senior researcher at AMA Research, says: “Since 2016 cumulative BTR completions are forecast to have quadrupled by 2021 to over 60,000.

“Quarterly data for Q3 2020 indicates circa 37,000 units are under construction and approximately 84,000 are in planning.

“However, several additional proposals were announced in October and November which suggest over 90,000 are expected to be in planning by the end of 2020”.

Blagden says Build To Rent currently has some 51,000 dwellings completed across the UK, which equates to around one per cent of total private rental sector stock.

In Q2 2020, the impact of the first Covid-19 lockdown was sudden, with only three funding deals, worth £96m and with just 1,800 starts across a dozen sites. However, he says the market is now returning to previous levels.

Blagden says the BTR sector thrives on established trends, such as an influx of institutional investors moving away from retail, and demographic issues such as population growth and a younger mobile workforce.

However, he also says several larger housing associations have now diversified into the private rental sector.

“Due to budget cuts to housing, they have had to find other income sources – for example through developing housing for sale and private rent.”