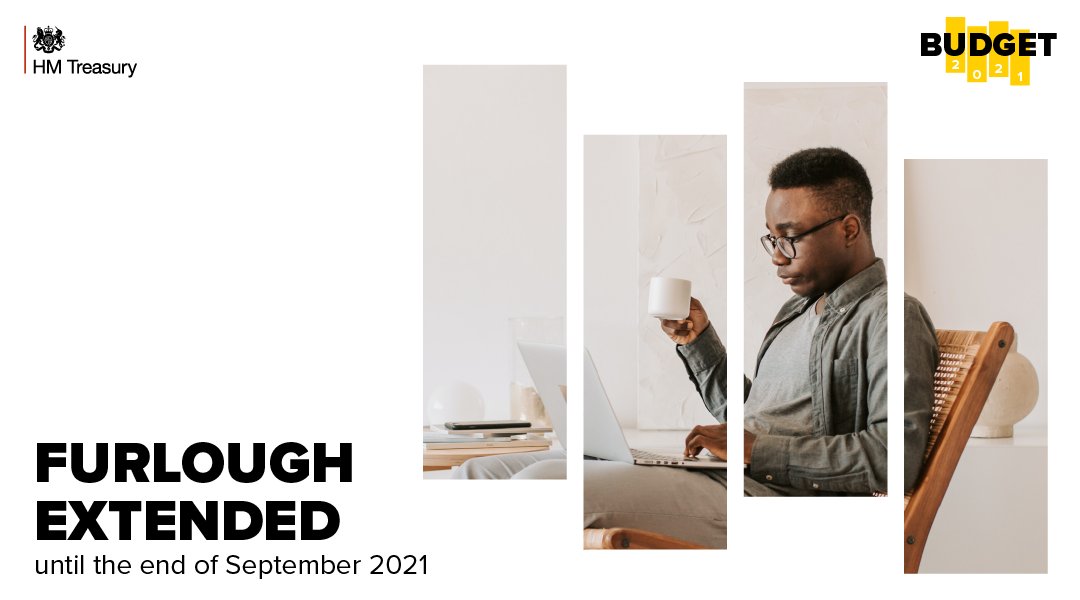 Sunak says he will announce two measures now to address the borrowing.

The government’s response has been fair, he says.

It will not raise the rates of income tax, national insurance or VAT, he says.

And he says the higher rate threshold will also go up to £50,270. But then it will be frozen for the same period.

Sunak now turns to how this is all being funded.

The government is borrowing 17% of national income, he says.

He says it would be “irresponsible” to allow borrowing to go unchecked.

Sunak says there will be a tapered extension of the stamp duty holiday until 30 September.

The mortgage guarantee scheme will encourage lenders to lend mortgages of up to 95%.

Here are some of the key points from the budget so far:

There will be a £300m culture recovery fund.

Business rates relief will be extended, in a move worth £6bn.

There will be £300m for sports clubs.

The reduced rate for VAT on hospitality and tourism will also be extended, he says.

Sunak says the restart programme will help over one million people get work.

There will be payments to firms to encourage them to take on apprentices.

There will be £126m to help people offer trainees shifts to apprentices.

Sunak announces another £19m for the victims of domestic abuse.

Sunak says the universal credit £20 per week uplift will be extended for six months.

But he says this will have to be paid as a one-off payment of £500, because of the way the system works.

And he says the national living wage will go up, to the equivalent of almost £350 a year.

Sunak is now confirming the extension of the furlough scheme, as briefed overnight.

UK budget to extend furlough until end of September

Sunak says support for the self-employed will continue, with help targeted to those who have lost out most.

As the economy reopens over the summer, it is fair to target our support towards those most affected by the pandemic.

People who have now filed a 2020 tax return will now be able to claim, he says.

The Office for Budget Responsibility (OBR) is forecasting a “swifter and more sustained recovery” than they were expecting in November.

They now expect the economy to recover to its pre-Covid level by the middle of next year – six months earlier than previously expected.

But, in five years the OBR still expects the economy to be 3% smaller than it would have been.

The economy has shrunk by 10%.

But we will recover, he says.

First, we will continue doing whatever it takes to support the British people and businesses through this moment of crisis.

Second, once we are on the way to recovery, we will need to begin fixing the public finances – and I want to be honest today about our plans to do that.

And, third, in today’s budget we begin the work of building our future economy.

Sunak starts by saying in his first budget he announced the inital response to Covid.

What was thought to be a disruption to our life has fundamentally altered it.

Many things have changed. But one thing has not. He said he would do whatever it took, and he has done so.

Rishi Sunak about to start.

The Commons sitting is now being suspended for three minutes to allow MPs to leave and enter in a safe, socially distanced manner.

Johnson says Kruger will get an update in the budget.

Mike Kane (Lab) asks about HS2. Why can’t work on it start in the north now?

Johnson says if you start a project midway through, you multiply the costs.

Carla Lockhart (DUP) says the PM promised that there would be no checks on goods going from Britain to Northern Ireland, or the other way, after Brexit. Will the PM support Northern Irish ministers trying to achieve this?

Johnson says he will support these efforts. He will leave no option off the table. There will be unfettered access, he says.

Told by Boris Johnson that he will shortly hear “a budget for recovery”, the Speaker responded that “I think I already know most of it”.

Andrea Leadsom (Con) asks if the PM will try to persuade President Biden to deliver justice for the family of Harry Dunn.

Johnson says the government continues to raise this at the highest level.

Amy Callaghan (SNP) asks for an assurance that no young people will lose out a result of the abolition of Erasmus.

Johnson says the Turing scheme, which replaces it, will be better. He says Erasmus tended to favour higher-income students.