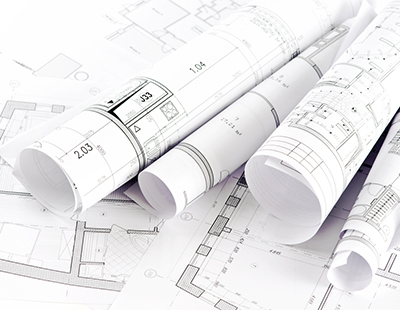 High-profile deals that completed in Q4 2020 included the sale of Realstar’s £579 million portfolio of BTR and student housing, as well as Realstar and Quadreal’s £100 million joint venture forward-funding of Wembley Link with HUB and Bridges Fund Management. Away from the capital, Long Harbour agreed the sale of its Skyline II scheme in Manchester to L1 Capital for £27.3 million.

CBRE believes the positive momentum is expected to continue in 2021, with £1.6 billion of deals under offer at the end of 2020. London accounts for 51% of this pipeline, with £810 million worth of deals under offer, while the remainder is spread across the fast-growing regional markets, including Bristol, Glasgow, Leeds, Manchester, Newcastle and Sheffield.

Peter Burns, managing director of UK development and residential capital markets at CBRE, said: “The market has shown incredible resilience in 2020 with Build to Rent (BTR) transactions bucking the general trend and delivering a record year for investment. As we enter 2021, this trend is expected to accelerate, with demand increasing as overseas investors are able to travel to the UK when international borders re-open.”

He added: “This demand, coupled with more developers shifting their focus to BTR product lines, and higher-quality investment grade stock becoming available to purchase, [means] we expect to see a significant increase in deal-flow with approximately £7 billion of trades per annum by the end of 2025.”

Increase in Londoners moving north as remote working takes over

With the cost of living in London continuing to rise and remote working becoming the norm for many – in particular young professionals – a BTR development in Salford claims that the trend in people moving to the North of England for ‘more affordable and comfortable living’ shows no signs of slowing down.

With the population of Manchester’s city centre set to double in the next five years, there is an increasing demand for rental housing in and around the city. The newest ‘More.’ BTR development in MediaCityUK, Duet Salford Quays, has seen traffic to its Manchester-based lettings website grow significantly since the start of the pandemic, with the rate of London-based web users rising by 189% in October 2020, compared to the same month the previous year.

According to Duet’s market analysts, the growing work from home movement is likely to be driving the demand, as the need to work from Central London offices continues to decline. The lower cost of northern living has long been a pull for residents hoping to escape the much more expensive capital, and it would appear Covid has supercharged this trend.

Studies from last year suggested that consumer prices in Manchester are now 15% cheaper than London. Duet believes this major difference in living costs between the two cities, combined with the increased need and desire for remote working, makes it no surprise that ‘Londoners are being drawn north for a better quality of life’.

While the average rent of a two-bedroom flat in London’s Canary Wharf comes in at £2,300pcm, rent at Duet Salford Quays – labelled by some as Manchester’s answer to Canary Wharf – costs £1,080pcm for a two-bed apartment.

Meanwhile, it argues that a 28-day Metrolink tram ticket for unlimited travel between zones 1-3 in Manchester costs only £84.20. This compares favourably to London, where travelling on the Tube twice a day at peak times for 28 days between zones 1-3 costs more than double this amount, at roughly £184.80. What’s more, this cost excludes any additional weekend or leisure travel.

The development also argues that, beyond the difference in rent and the travel costs in the two cities, the ease of transport from Manchester to surrounding cities, such as Liverpool, Leeds and Sheffield, adds an additional incentive for Londoners and businesses looking to make the move up north.

Manchester, which became one of the world’s most important cities during the Industrial Revolution, has in recent years had a renaissance from its post-industrial decline, with a boom in business, dining and culture in the last decade. Salford, a town in the City of Salford – on the outskirts of Manchester city centre – has also boomed in recent years thanks to the relocation there of major tech firms and broadcast houses, such as the BBC and ITV, to MediaCityUK.

Salford was already well-known for its deep links to L.S. Lowry, one of the most famous artists of the 20th century, who was famed for his portrayals of everyday city life. But the arrival of MediaCityUK and the publicity surrounding Salford City FC – the team owned by Manchester United’s iconic Class of ’92 side – has breathed new life into the area and meant it’s no longer in the shadow of its larger neighbour.

Jay Hofman, a 33-year old data activist who relocated from London to Duet Salford Quays in August 2020, said of the move: “I’ve spent years living all over the world, from Europe to London to LA and finally decided it was time to find somewhere to settle.

“Between so many major tech firms moving to Manchester, having friends here, the great music and social scene and the overall cost of living, the city felt like the perfect fit. I was paying £2,500 for a two-bed flat in Canary Wharf and I was worried that I might miss that aspect of living in London, but actually living by Salford Quays is really reminiscent of Canary Warf – although the water is a lot cleaner here!”

He added: “The easy access routes into the city, as well as being on the doorstep of MediaCityUK, make Manchester a great city to call home at last. With everything I need for my work at Duet, like communal working spaces, high-speed WIFI and bookable conference rooms, it just makes living and working so much easier and I wonder why I spent so many years putting up with the cramped living spaces of London apartments.”

Dougie Orton-Wade, general manager at the development, said: “Manchester is an amazing city, with so much to do and see – it really is the heart of the North – and we’re so proud at Duet to be located here. Seeing the rise in website traffic from people living in London just goes to show that Manchester has a lot to offer, not just to locals, but for those currently living in other parts of the UK too.”

He added: “With excellent transport links to London, just over two hours on the train, the rise in remote working is letting people live excellent and affordable lifestyles while still venturing to and from the capital with ease when needed.”

The development, which stands 15 storeys tall, is made up of 270 premium apartments located in MediaCityUK. It was delivered by Moorfield Group on behalf of funds under management, working with developer Glenbrook Property. It is professionally managed by specialist rental operator Allsop.

Duet is the most recent More. BTR scheme delivered by Moorfield, following The Trilogy on Ellesmere Street, which opened in April 2019, and The Forge in Newcastle, which opened in September 2018.

Legal & General (L&G), one of the UK’s biggest BTR operators, has continued to expand its offerings as it announces, on behalf of its BTR Fund and Access Development Partnership (a joint venture between Legal & General Capital and PGGM), that it has agreed to the funding of a £57 million development site at Tower Works in Leeds city centre.

This follows the Fund’s £100 million investment to develop Hockley Mills, a 400-apartment scheme in Birmingham.

Leeds – one of the UK’s largest cities in terms of population and economic output – has had housing supply issues in the city centre over the past decade, with the number of new homes severely constrained. L&G argues that current housing stock is unable to meet the growing demand for rental accommodation.

Recognising the prospect for rental growth in Leeds, the company has acquired two BTR sites in the city centre – firstly Mustard Wharf in 2017, and now Tower Works. Both sites are central to the landmark South Bank regeneration area, and together will deliver 500 homes, offering one, two and three-bedroom apartments, alongside over 16,000 sq ft of commercial space.

Works are set to begin on the Tower Works site in the coming months, with Richardson and Ask Real Estate Ltd leading development on the 245-apartment scheme.

L&G first invested in the sector in 2016 and its BTR business has grown rapidly ever since. It has now committed more than £2 billion in the sector, with almost 2,000 operational apartments and a pipeline to deliver a further 7,000 apartments by 2025.

Dan Batterton, senior fund manager of BTR at L&G, said: “As Covid-19 drives secular changes and a fundamental rethink of many areas of the real estate sector, BTR has remained largely unaffected.  It has delivered stable income returns throughout the crisis, with occupancy, rent collection and demand remaining high.”

He added: “In the last four weeks, we have committed £57 million to Tower Works, £100 million to Hockley Mills in Birmingham, and welcomed the first residents to our Mustard Wharf scheme in Leeds, Box Makers Yard in Bristol and the final phase of The Slate Yard in Salford.”