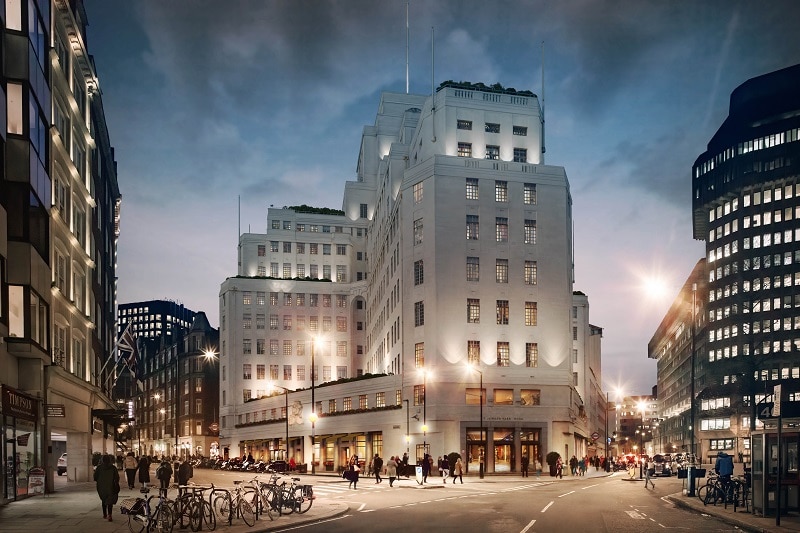 Westminster City Council has granted planning permission for 55 Broadway to be transformed into a luxury hotel, under the ownership of Blue Orchid Hotels, part of the Integrity International Group.

Blue Orchid had presented proposals to restore and change the use of the Grade I listed 55 Broadway Complex, which includes 55 Broadway, 100 Petty France and Wing Over Station, to a new hotel.

55 Broadway was designed by the renowned architect Charles Holden, and built in 1929 in an art-deco, early-modernist style as the headquarters of the Underground Electric Railways of London Ltd.

Tony Matharu, London entrepreneur and hotel-owner, said: “I am delighted that we are able to move forward with our well-prepared plans for this unique location.

“Having worked closely with TfL and a number of other stakeholders, I feel we have a shared vision for the future of this complex.

“As guardian of the heritage and historical value throughout the buildings I feel privileged to be leading this exciting project.

“To breathe new life into the space, create new value and to welcome everyone to enjoy this special property will be very rewarding’.

When 55 Broadway was built the Observer dubbed it ‘the Cathedral of Modernity’ and described it as ‘the most notable building of our time’.

The new building served as both offices and as a symbol for the Underground Electric Railways of London, which was subsequently taken into public ownership and became London Transport in 1933.

Due to the architectural interest of the building and its position as a milestone in 20th Century design, including its status as London’s ‘first skyscraper’, the building received Grade I listed status in 2011 (upgraded from Grade II listing from 1970).

The building is no longer fit for many modern office occupiers and is in need of significant investment.

As a result, Transport for London sold the 55 Broadway Complex in Summer 2019 and vacated the building earlier this year.

← How Often do I Need to Change Air Conditioning Filter? The Nottingham returns to self-build lending →