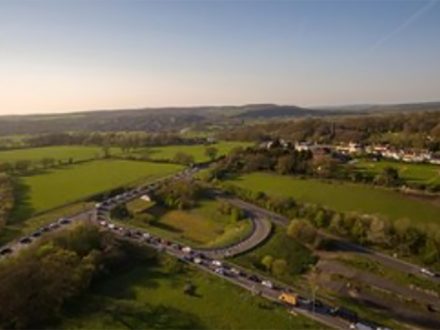 Bam Nuttall has agreed a contract worth around £320m to deliver the main works package on the A27 Arundel bypass, Construction News can reveal.

The company has been working on the design and preliminary stages of the job in the South East alongside Mace and Aecom in its Linkconnex consortium since November 2018.

The consortium will continue to work on the design of the scheme and submit a development consent order application for approval. The organisation is currently carrying out ground investigation surveys on the land where the bypass will be developed, which are set to be completed in the summer. Construction is expected to begin in 2023/24 and is scheduled to be completed by 2030.

A spokesperson for Highways England told Construction News: “Having an appointed contractor on board is a significant step in terms of progressing this much-needed project and we are looking forward to working with Bam Nuttall, Aecom and Mace as part of Linkconnex collaborative partnership under our Regional Delivery Partnership (RDP) Framework.”

The bypass will run between the Crossbush junction and a new junction between Binsted Lane and Yapton Lane west of Arundel and is designed to relieve congestion and delays in the area. In 2020, Highways England said that the A27, which is the main route on the south coast of the UK, was running at 150 per cent capacity and had an above average accident rate.

BAM Nuttall Operations Manager for the Regional Delivery Partnership Doug Mills said: “BAM Nuttall is pleased to be appointed, as part of Linkconnex collaborative Partnership, with AECOM and Mace, to deliver Highways England proposals for the A27 Arundel bypass. We look forward to continuing delivering sustainable infrastructure, improving safety and reducing congestion and travel time, while protecting and respecting the surrounding environment.”

Highways England decided on the route of the expansion in October 2020, after a round of local consultation. The group said the route, known as the grey option 5BV1, “strikes the right balance between creating vital new road capacity and protecting the special environment and cultural heritage in and around Arundel”.

Last month saw Highways England award Skanska a £507m contract to deliver the A428 upgrade in the South West. The firm will deliver 16km of new dual carriageway on the road.