Auction roundup – A ball of history, record sales and the power of auction 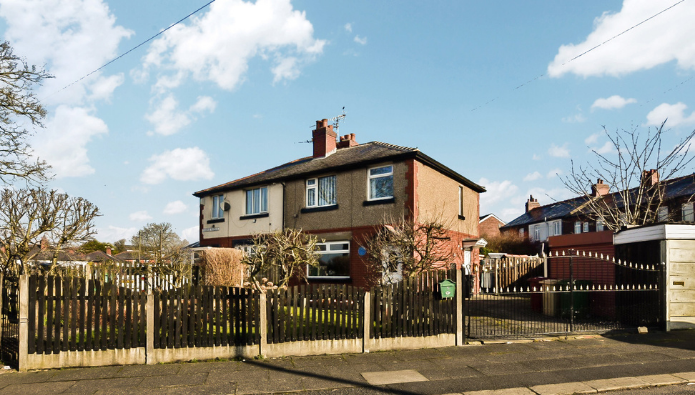 A blue plaque on the front of the property, funded by the football star’s former clubs – which include Blackpool, Everton, Arsenal, Southampton and Bristol Rovers – was unveiled in 2008 to celebrate Ball’s Bolton heritage.

Ball, a former Farnworth Grammar School pupil, had trials with Bolton Wanderers as a teenager but was rejected when coaches told him he was too small. The 5ft 6in midfielder eventually began his career with Blackpool before being transferred to Everton for a then British record fee of £110,000.

He won a league championship title with the Merseyside club in 1970 and collected 72 England caps during a 10-year international career. He later managed clubs including Southampton and Manchester City. He died in 2007 aged 61.

The plaque on the front of the house at 2 Brookhouse Avenue in Farnworth says that he is famous for his man-of-the-match performance in England’s victory against West Germany in the final at Wembley in 1966.

Paul Thompson, managing director of Pugh, says: “It’s a privilege to be auctioning a property with such strong connections to a national and local legend. By all accounts, Alan Ball was tremendously proud of his Bolton roots and continued to live in the area even when he was a professional.”

“The blue plaque marks this otherwise ordinary-looking house out as a unique property that is part of England’s football history and whoever the highest bidder is at our auction this month will be the proud new owner of a very special house.”

Since March 2020, Pugh has sold lots totalling over £40 million at its online auctions.

The next sale will be held online on March 24. Registration for the auction closes at 12pm on March 22 and bidding opens on March 23. You can view the full catalogue here.

Allsop’s first online residential auction of the year resulted in the sale of 152 lots, raising £53 million.

The sale saw a total of 3,936 online bids placed during the day, with 1,361 bidder registrations.

Richard Adamson, partner and auctioneer at Allsop, says: “Allsop’s first digital residential auction of the year has raised more money than our ballroom one this time last year, showing consistent buyer appetite has been largely unswayed by the change in format.”

“We’ve noticed a slightly different dynamic, however, with more properties selling prior to and after the auction, which is a positive indication that the strong confidence in the residential sector experienced over the past 12 months has continued.”

Highlights of the auction include:

Adamson adds: “The stamp duty tax relief has contributed to sustained levels of activity, but the main driver has been investors’ positive perception of residential property: it remains a safe haven and often offers value-add opportunities, which are especially appealing at a time of low interest rates and volatility in most other investment markets.”

The record sale follows its December online commercial auction that saw the sale of a £10.5 million property in Ruislip Manor, London – making it the largest lot sold by Allsop in an auction. 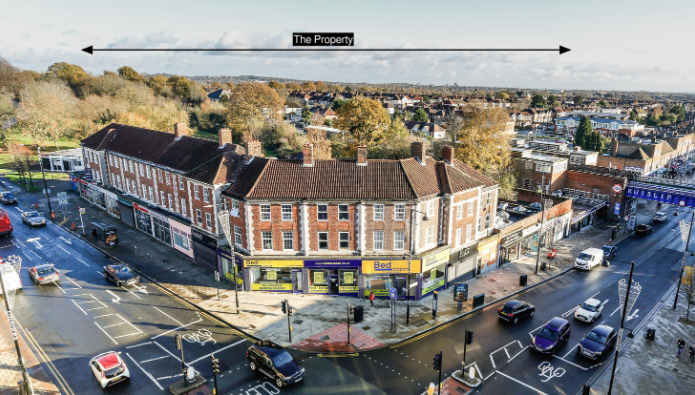 The lot, managed by Decama Capital Ltd, a leading Israeli investment company headquartered in the UK and listed on the Tel Aviv Stock Exchange, comprised of a freehold parade.

Key features of the Ruislip Manor property include a parade of 14 shops, 18 flats and land to the rear, a total accommodation extending to 2,084.75 square metres and a total site area of 0.83 acres. The property also sits adjacent to Ruislip Manor Underground Station.

Nate Lorenzi, chief executive officer of Decama Capital Ltd, says: “The sale of this property is a milestone event for Decama Capital Ltd and we look ahead to continuing to grow our investment portfolio over the coming year.”

Allsop’s next residential auction will be held online on March 31 2021.

Power of auction shines through for sellers at Auction House London

Buyers were out in force for the Auction House London sale last week with many properties selling well above reserve prices and expectations.

The additional sale date for March 3 saw 55 lots sold at a success rate of 80%, raising more than £16 million.

One such highlight was a semi-detached home in Mill Hill, north west London, which attracted a lot of interest from buyers looking for a property with potential. The property, which is in need of total refurbishment, sold at £523,000.

Director and auctioneer Andrew Binstock says this shows ‘the power of competitive bidding’. “Nobody wants to be the underbidder, potentially losing the property for a few hundred pounds. What’s more, sale by private treaty can take up to three months, but selling at auction can be completed in just over three weeks.”

Elsewhere, a property in Abbey Wood, south east London, had been untouched since its private treaty sale in October 2020 and sold at £355,000 – considerably more than its selling price last year. 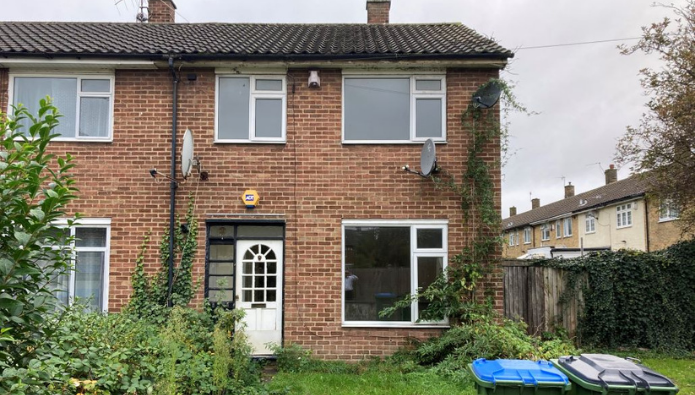 Another highlight of the sale was at the back of a property in Sheen Lane, Mortlake, south west London, where the potential to convert the building into a two-bed mews house proved irresistible to bidders and sold at £361,000.

Binstock adds: “We had some exceptional results this time. Our sellers love the fact that some lots went for higher prices than comparable properties being sold by estate agents. And the certainty of sale at auction means it still remains one of the only ways to guarantee completing on a property purchase before the stamp duty holiday comes to an end – even with its new extension until the end of June.”

Auction House London is now taking entries for its next sale on Wednesday March 24 2021 at 12 noon, which will be live-streamed.

A Hong Kong-based buyer was the final bidder for a £1 million commercial lot – an industrial/office investment at Island Works, 122 Holyhead Road, Birmingham.

Let to a long-term established tenant, the building between Birmingham and West Bromwich produces annual rental of £75,000.

Sue Randell, chief operating officer of Bond Wolfe Auctions, comments: “The reputation of Bond Wolfe Auctions as a source of value investments is clearly spreading beyond the UK. From our Midlands base, we now attract lots from across the UK, and our bidders are no longer just regional property buyers.”

“We see a lot from all over the UK, particularly London and the south east. But recently, we have been receiving enquiries and seeing bidders from Hong Kong, France, Spain, Holland, China and Singapore, to name just a few.”

She adds: “Time zone differences don’t seem to matter when there is a good value investment to be had by bidding online, and our overseas buyers have proven very proficient in organising their professional advisers to complete on the tight timescales required by auction conditions.”

Randell says moving to online live-streamed auctions has opened up Bond Wolfe’s catalogue to buyers ‘who would never have attended a one-day physical auction in Birmingham’.

“This has been one of the few positives to come out of the changes we have all had to make due to the coronavirus pandemic.”

The team are already seeing strong demand for the next auction, which starts at the earlier-than-usual time of 8.30am on Wednesday March 31.

The auction will be live-streamed via Bond Wolfe Auctions’ website with remote bidding by proxy, telephone or internet only.