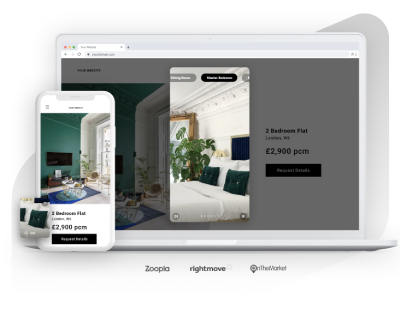 A new app claims to make it easier for agents to create virtual tours and instantly embed them in property portal and website listings.

Holofy Spaces was launched after the spring lockdown when its founders noticed a gap in the market for an app which allows agents to film virtual tours more easily from smartphones.

It also provides agents with the option to instantly upload virtual tours to their own websites, property portals and other online marketing platforms.

The creators says agents can film virtual tours in 20 minutes which are then instantly available for sharing and embedding or the films can be edited via the app before publication.

Filming vertically through a smartphone reduces editing time and lends itself to Instagram and similar image-sharing sites which are increasingly influential marketing tools for agents.

The app provides agents with comprehensive analytics of each video tour, including a performance score based on how many viewings it has received and how many days the property has taken to be sold or let. 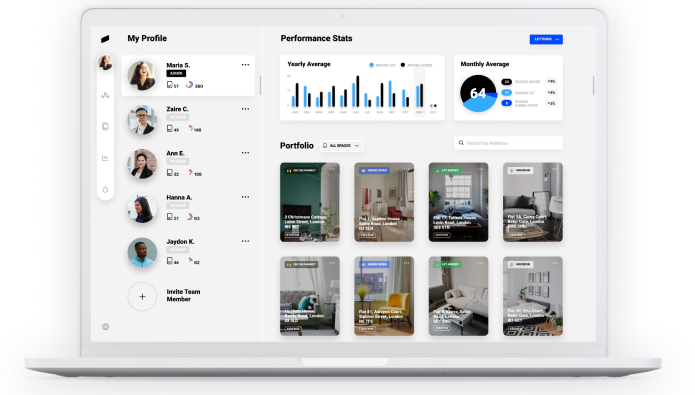 Meanwhile, live data shows the level of interest in each property based on the total average engagement time plus finer grain information including how long consumers spend looking at certain parts of the property and which features are the most popular.

“In the short period since we have launched, agents working with us are benefiting from higher conversion rates and a competitive advantage. They are able to qualify applicants much quicker and this has resulted in deals being concluded sight unseen, particularly in the lettings market” explains Holofy co-founder Eduard Cristea.

“During the first spring lockdown was the moment when all agents realised they needed to offer virtual tours. Now, during the second lockdown, is when they need to streamline their filming, editing and uploading process to maximise their time and investment” says Cristea.

“Even pre-pandemic, many prospective buyers and tenants were filming vertical videos during viewings to share with others and act as a future reminder. Now, with the number of in-person viewings unlikely to return to previous levels, an app like ours enables agents to provide consumers with the footage they require in a professional and seamless manner.”

Agents can also use the app’s analytics to objectively evaluate each listing and subsequently the role staff have played in its performance.

“Agency owners can use our data to analyse team members’ average closing rates and transition times, giving them the opportunity to reward top performers and allow other staff members to learn from the best examples” Cristea concludes.