Annual house price growth in the UK slows in March 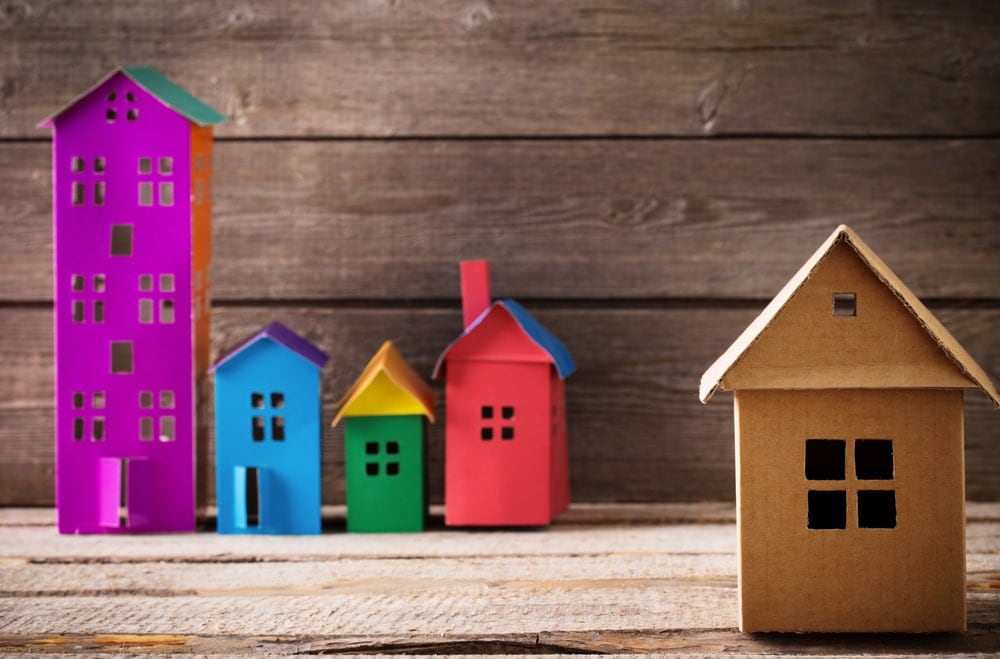 Annual house price growth in the UK slowed to 5.7% in March, down from 6.9% in February, according to the latest House Price Index by Nationwide.

House prices were down 0.2% month-on-month after taking account of seasonal factors, with London seeing the weakest growth of all regions in the UK in Q1. The average house price in March was £232,134.

Nationwide says policy support is likely to boost the housing market over the next six months, but the longer-term outlook remains “highly uncertain”.

Commenting on the figures, Robert Gardner, Nationwide’s chief economist, said: “Given that the wider economy and the labour market has performed better than expected in recent months, the slowdown in March probably reflects a softening of demand ahead of the original end of the stamp duty holiday before the Chancellor announced the extension in the Budget.

“Recent signs of economic resilience and the stimulus measures announced in the Budget, including the extension of the furlough scheme and the stamp duty holiday, as well as the introduction of a mortgage guarantee scheme, suggest that housing market activity is likely to remain buoyant over the next six months.

“The longer-term outlook remains highly uncertain. It may be that the recovery continues to gather momentum and that shifts in housing demand resulting from the pandemic continue to lift the market. However, if the labour market weakens towards the end of the year as policy support is withdrawn, as most analysts expect, then activity is likely to slow nearer the end of 2021, perhaps sharply.”

Gardner also broke down the regional data from the index, pointing to the regions which showed the weakest and strongest price growth.

Gardner continued: “Overall UK annual house price growth in Q1 was similar to Q4, although there was a mixed picture across the regions, with around half seeing a slowdown in growth.

“Northern Ireland saw the highest growth of the home nations, with a 7.4% increase. Meanwhile, Wales and Scotland both saw an acceleration in annual price growth to 7.2% and 6.9% respectively.

“England was the weakest performing home nation in the three months to March 2021, with annual house price growth of 6.4% – a slight slowing compared with last quarter (Q4 2020), when prices rose at an annual rate of 6.9%.

“The North West was the strongest performing region, with prices up 8.2% year-on-year. This is the strongest price growth seen in the region since 2005 and average prices reached a record high of £181,999. There was also a further pick up in price growth in the neighbouring North, which saw a 7.2% annual increase.

“London was the weakest performing region, with annual price growth softening to 4.8%, from 6.2% in Q4 last year.”

Guy Harrington, chief executive of residential lender Glenhawk, said: “Finally a dose of reality. It is becoming evident that pent up demand and government stimulus had fuelled house price growth to unsustainable levels.

“However, with an overheated market still set to be a reality until autumn, the correction when it eventually comes is likely to be sharper and more painful because of wider economic deterioration.”

Anna Clare Harper, chief executive of asset manager SPI Capital, added: “Annual house price growth rose by 5.7% in the year to March, down from 6.9% in February. This was led by exceptional growth in the North West of 8.2%, which reflected strong fundamentals in this market: demand is high from investors and homebuyers alike.

“This slight slowdown reflects the originally proposed end to the temporary stamp duty reduction and practical restrictions: Christmas, then lockdown, which reduced people’s ability to transact. Yet people want to buy while stamp duty is reduced.

‘Stamp duty has a more than proportionate impact on transactions, because affordability is heavily influenced by mortgage lending. Investors and homebuyers can borrow against the property price, but they cannot use finance to fund transaction costs.

“Reduced stamp duty has not been the only driver of house price growth over the last year. We also have cheap debt as a result of very low interest rates, which give buyers a ‘discount’; the release of pent up supply and demand and desire to improve surroundings amongst existing homeowners; and the ‘flight to safety’, since in times of uncertainty, people want to put their money in a stable asset with low volatility. These trends are likely to hold up throughout 2021.

“Looking to the future, the extension and tapering down of the temporary stamp duty reduction is likely to boost the housing market in terms of transactions and pricing. This is positive news for the housing market and for existing property owners, as house price growth both reflects and boosts confidence.

“However, there are concerns in the market about widening inequalities: house price growth makes it even harder for first time buyers to get on the property ladder. For this reason, the slight slowdown in house prices showing in Nationwide’s latest data can be seen as a very positive thing, both in terms of stability of asset values and first-time buyer affordability.”