Animal horror farm goes under the hammer at £50,000 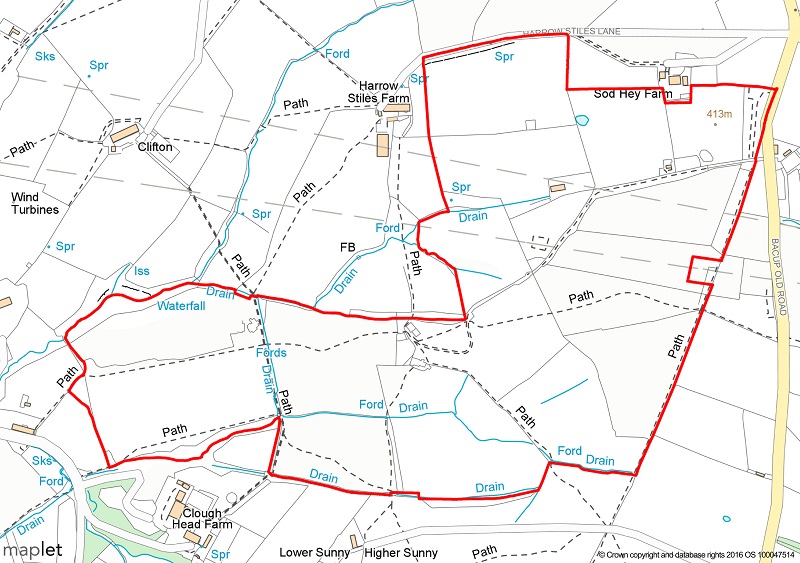 A notorious farm in Bacup, Lancashire, which made national headlines after animals were found living in squalor is being sold by SDL Auctions.

The current occupier of Trice Barn Farm, off Bacup Old Road, was served notice to vacate last year but is still living there, making it impossible to view the farm.

Despite this buyers are looking to bid on the 80-acre site, which has a guide price of £50,000, likely reflecting the unsavoury practices that have occurred on the property as well as the fact nobody can view the place.

Andy Thompson, head of auctions, North West, said: “The farm and its occupant have been causing problems for the owner for many years, which is why they are willing to accept a price way below its market value.

“This makes it an excellent investment opportunity because, from my experience, auction buyers are rarely put off by a property’s disreputable past or current problems.”

Situated close to the Lancashire-Yorkshire border towards the westerly edge of the Pennine Moors, Trice Barn Farm features a three bedroomed farmhouse, steel-framed livestock building, several miscellaneous buildings and on a site of largely rough grazing land extending to around 80 acres.

The property is due to be sold in SDL Auctions’ national property auction, which will be live-streamed over the internet on Thursday 28th May.

It is a tried and tested method for the company, which raised £7.7 million for sellers during lockdown auctions in April, with its second national property auction attracting more than 680 remote bids.

The auction will be held behind closed doors from the company’s auction studio in its head office.

Managing director and auctioneer Andrew Parker will take to the rostrum while his wife, Rachael, who is the regional property manager for the East Midlands, manages internet bidding.

Telephone bids will be managed by a remote team, who will convey them to the auction studio via Microsoft Teams.

Andrew Parker said: “We made the decision to carry on running auctions in recognition of the fact that many people simply cannot afford to wait for the crisis to pass.

“Clearly we were correct, as 115 properties were listed in our April auction and we’re already taking dozens of entries for our next national property auction.

“Sellers are realising that auction is a lifeline at the moment, offering speed, transparency and certainty, with a fall-through rate of less than 2% – something that sellers on the open market can only dream of.”