An outlook on the year ahead, as told by property specialists 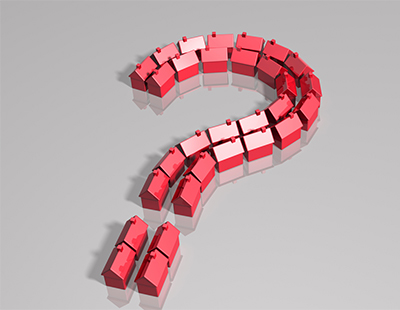 With mixed views of what 2021 could bring to the property market, Nicky Stevenson, managing director of Fine & Country UK and Gráinne Gilmore, head of research at Zoopla, recap the previous month and forecast what will influence the property market next year.

According to Zoopla’s November House Price Index, there has been an average house price growth of 3.5% in 2020, which is expected to rise to 4% at the end of the year.

It is also expected that there will be a 6% decrease in overall property transactions for the year when compared to 2019.

Stevenson says: “Given the year we have had, to end 2020 with just a 6% drop in transactions highlights the resilience of the UK housing market and is quite a different picture to what we would have predicted in March this year.”

Gilmore adds: “We are finding an escalation of growth as we head toward the end of the year. If we had said that prices would be up 4% by the end of 2020 while we were all sitting in lockdown, that would have been questioned. However, what we could see at that time was the demand building and that has continued to be a theme.”

According to Gilmore, it’s not just the pent-up demand that has had an impact, but also a ‘once in a lifetime’ reassessment among some homeowners about how and where they want to live.

Stevenson echoes this, saying that the increased activity in the market has led to Fine & Country increasing their SSTC figures by around 36% on last year.

Gilmore says there will be people who were enticed by the potential savings that will not move if they do not make the deadline. “However, around three-quarters of private households are owned by those aged over 45 years old, a demographic that generally tends to move less than younger people, but we are seeing far more activity than usual from these homeowners.”

She explains that while there are many factors at play, such as the Brexit deal and the rate at which the economy recovers, she believes that transactions will remain ‘broadly stable’ in 2021. “In terms of pricing, we think that prices will be up 1% at the end of next year, which is no mean feat. In real terms that is probably a fall in pricing but up 1% in nominal terms. This will mean an easing from where we are now.”

Stevenson adds that from a Fine & Country perspective, the brand anticipates we will see a similar number of transactions in 2021 to 2020. “We will definitely see transaction levels weighted toward the beginning of the year, but we are not expecting activity to completely drop off a cliff post stamp duty holiday.”

“We could potentially see a lull but expect the market to maintain slightly below average season trends thereafter. Life does go on, and certainly at the top end of the market there is still a desire to move.”

She notes that data in a recent Fine & Country survey revealed that the primary reason for selling was to relocate due to personal choice. The survey also highlighted that just one in four said that the stamp duty holiday caused them to speed up purchasing their home, implying that 75% didn’t rush ahead because of the incentive.

“According to Zoopla’s demand chart, we can see that buyer demand was at a peak even before the stamp duty holiday was announced, indicating that other aspects such as lifestyle priorities that have had a hand in driving the market forward and will continue to do so in 2021,” Stevenson concludes.

To view the full discussion, which includes insight on how Brexit and the 2% surcharge will impact 2021, as well as key features buyers are looking for, you can click here.

← 2021 outlook – what are the predictions from our property experts? 2020 ends on low note for prime London lettings →