All aboard – historic station holiday home secured for future generations 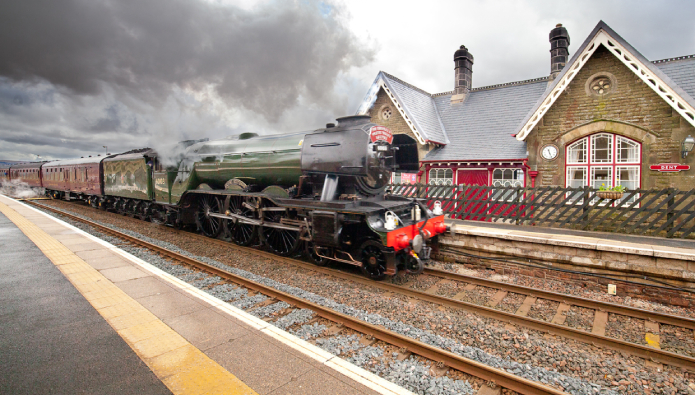 England’s highest mainline railway station building, which doubles up as self-contained holiday accommodation, has been purchased by the Friends of the Settle-Carlisle Line (FoSCL).

Standing at 1,200 ft above sea level, Dent Station is situated on the western slopes of the Pennines and within the Yorkshire Dales National Park, and is regarded as one of the jewels in the crown on the Settle-Carlisle Line, a few miles north of the famous Ribblehead Viaduct.

It was acquired in 2006 by Robin Hughes, a railway enthusiast and property developer, who restored it as a continuing part of the station in authentic Midland Railway style.

It is now available as a holiday home, with the restoration securing many accolades including a National Railway Heritage Award and the RICS award for tourism and leisure. The accommodation has hosted some 2,000 guests over the past 14 years.

Paul Brown, chairman of the FoSCL, said: “This is a tremendous opportunity for FoSCL to take ownership of England’s highest station to preserve and maintain it, for all to appreciate. It is a great addition to the heritage property portfolio held by the voluntary bodies supporting the Settle-Carlisle Line and is made possible through the generosity of our members and former members who have bequeathed legacies to safeguard the future of one Britain’s most famously remote and historic railway buildings.”

Robin Hughes said restoring and owning Dent Station had been a real privilege. “And among the numerous guests who have stayed here, it has been an honour to have several special names,” he added. “These have included Michael Portillo, who as Minister of State for Transport announced and strongly supported saving the Settle-Carlisle railway line in 1989, and the late Graham Taylor, former England football manager.”

Portillo, the former Tory MP turned TV broadcaster who served in the Thatcher and Major governments, before famously losing his seat – in what became known as the ‘Portillo moment’ – in the 1997 general election, is the president of FoSCL. 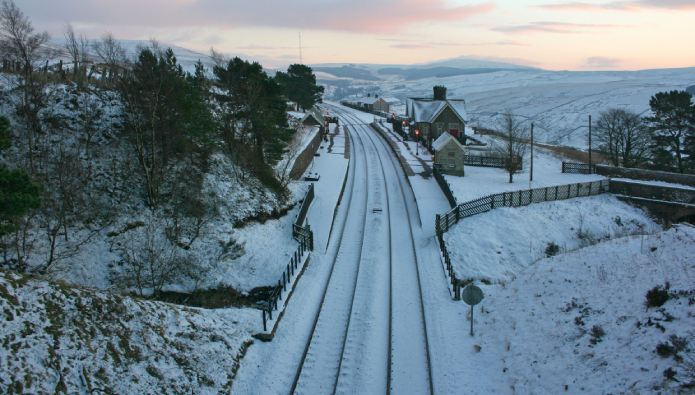 Portillo, a keen train enthusiast who presents numerous television programmes on the subject, said: “I am delighted that, thanks to legacies from its members, FoSCL has been able to buy the lovely Dent station. I recall staying in a snow cottage at the station during the filming of Great British Railway Journeys, which brought home to me how susceptible the line is at Dent to drifting in winter.”

He added: “FoSCL benefits from an award-winning restoration, and will assume the responsibility for keeping it looking beautiful, the station being one of the great assets of the line.”

After all those years as ‘station master’, Hughes was inundated with viewings when the station went on the market in late June – post-lockdown.

“We had 20 viewings over two weekends, and the Friends of the Settle-Carlisle Line came forward with a proposal to be the future custodian, thanks to funding from donations and legacy gifts from former members,” he said.

“I am absolutely delighted – they are the natural owner of such fine railway heritage.”

Anyone wishing to stay at Dent Station can book online at: http://www.dentstation.co.uk/. For further information, you can visit the FoSCL website.