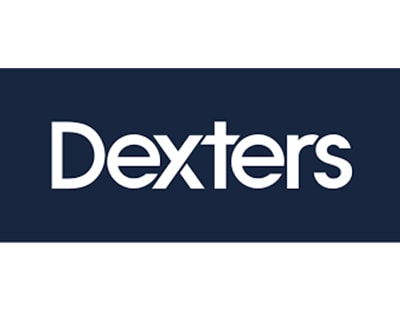 A London lettings agency has described a £3,600 charge to a tenant as “entirely reasonable and legal.”

The i newspaper has featured a story of a professional couple reportedly told they must pay London agency Dexters over £3,600 to end their two year rental agreement after just eight months.

Lecturer Jamie Woodcock signed with Dexters in February this year for a two-year rental, and notified the agency on September 3 that the couple would be vacating the flat.

At the time they were warned they would be liable for a charge and have since been told this will be £3,230.64 for outstanding landlord fees made up of 11 per cent of the total rent for the remaining 14 months of their tenancy, plus a VAT charge of 13.2 per cent. Other administrative charges take the total to £3,602.18.

Dexters says it has conformed entirely with the Tenant Fees Act, with every charge being directly a cost; indeed, it says the landlord could have insisted on higher costs.

A spokesman for Dexters has told Letting Agent Today: “These customers made a two year commitment to the landlord, then wanted to cut that short in order to buy a property. The market for these flats in central London has changed considerably since February and they expected the landlord to break the lease, shoulder the costs of finding a replacement tenant and to now accept a lower rent.

“When the landlord agreed to cover the difference in rent, they then unfairly decided to focus on Dexters charges to the landlord, the implication being that perhaps we shouldn’t charge anything to start again and go through the whole process of re-letting the flat.

“The best analogy for this is taking a two year lease on an expensive car and then shortly afterwards wanting to hand it back, expecting someone else to pick up the costs and hassle.

“We are sorry these customers feel hard done by because we and our landlord have bent over backwards for them. We are supporters of the restrictions on charges to tenants, however costs like these aren’t covered by that law and indeed it is the landlord that is suffering through the tenants unrealistic expectations.”

The newspaper says the fee was calculated from the monthly rental payments the couple would have made, covering the landlord’s payment to the agency for letting the property.

Woodcock told the i: “We would be happy to pay our rent until a new tenant is found, as well as any reasonable costs for re-letting the property. However, Dexters have asked us to pay the ‘penalty’ once a new tenant has been found, until the ‘end’ of our tenancy in 2022.”

He continued: “This £3,200 sum covers the losses incurred by the estate agent. Dexters would be receiving rent from a new tenant – which would include this fee – as well as this fee from us.”

Later in the story the tenant adds: “I’m not working for minimum wage. If the worst came to the absolute worst, we could pay. But for anyone, £3,600 is a lot of money. It’s been very stressful. I’m concerned that there are people who are not able to pay these fees are being asked to pay them.

“It is worrying that many people may be subjected to these kinds of charges as they may have had to leave properties during the pandemic … I’m confident to argue with an estate agent to get legal advice and all these kinds of things. But a lot of people don’t have the time or the resources to argue, and might pay the charges.”