Agency lets 26 properties in one month with no physical viewings 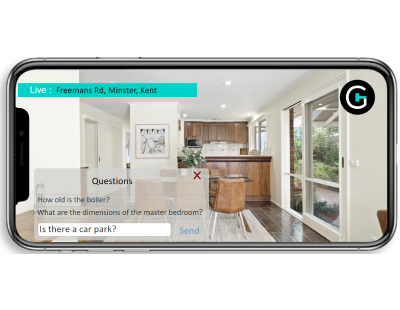 An agency says it has recently let 26 properties in one month without conducting any physical viewings.

Oakwood Homes, operating in Kent, says it used a livestreaming platform, Gavl, to conduct all the lettings viewings when it would normally has conducted up to 20 physical viewings per property pre-pandemic.

“We will not be returning to the ‘old way'” states Andrew Dickinson, managing director of Oakwood Homes, who says a combination of strong engagement with the concept from his staff plus a clear marketing strategy supporting virtual viewings was key to the success.

With England now in the fourth week of the third national lockdown, the housing market remains open but government advice continues to urge virtual viewings held in the first instance with only serious applicants attending physical viewings.

“Carrying out livestream viewings drastically reduces the number of physical viewings required per property and as shown by Oakwood Homes, they can eliminate the need for them altogether in many circumstances” says Joel Smith, Gavl chief executive.

“With lockdown in England set to last until at least March 8 and some sort of social distancing rules set to remain in place for a long time, agents need an efficient and effective way of carrying out digital viewings so people can continue to move home with confidence.”

Following the livestream event, agents are provided with a transcript as well as details of all the applicants who turned up.

Smith adds that livestream viewings reduce the pressure on vendors and landlords as they only have to open up their home once, rather than carrying out a range of one-on-one viewings with applicants who aren’t seriously interested.

“There are also additional lead generation opportunities for agents as we know applicants may also be selling a property and prospective landlords or sellers often turn up to open house viewings to carry out market research.

“As well as saving time and keeping people safe, livestream viewings help agents to create a buzz around a property and give them a USP over competitors” Smith concludes.