Agencies must be more tolerant of staff doing home schooling 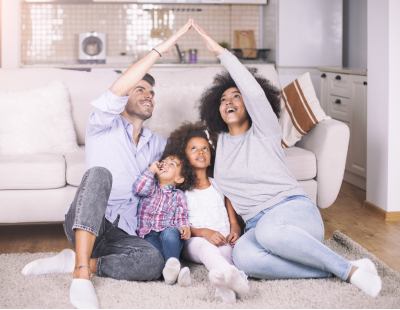 The head of industry recruitment consultancy Property Personnel is calling on agencies to be more tolerant of the struggles working parents are encountering during lockdown.

Managing director Anthony Hesse says employers need to be aware that school closures have put enormous pressures on parents with children at home and ensure appropriate measures are in place to treat them sympathetically.

“The impact of the closure of schools has been like a meteor strike on the daily lives of working parents. They suddenly find themselves in a ‘sandwich sector’ of employees – trapped between the requirements of work on the one hand and childcare on the other” claims Hesse.

“As anyone who has attempted it knows, trying to work with young children in the house is an absolute nightmare. It’s bad enough dealing with day-to-day emails, but when it comes to taking part in a video call with colleagues, the whole thing can disintegrate into chaos” he adds.

“What’s more, not only do the children have to be looked after at home, but there is now a requirement to structure their education as well – all while trying to keep up with the demands of working life. As a result, parents are pushed into making impossible choices where something has got to give – and employers should recognise this.”

Hesse says that some employers do not realise childcare responsibilities are a perfectly valid reason to furlough employees.

He explains: “Not everyone is aware that the flexible furlough scheme is still available, offering staff specified part-time hours – which could be used to allow them to share the responsibilities of childcare. Although it’s not compulsory for employers to offer furlough in this way, I think it should be considered as a legal and desirable option.

“Let’s be honest – school closures hit working mums the hardest. If the first lockdown is anything to go by, around 16 per cent of mothers were forced to reduce their working hours when schools were closed. And this is especially true for single parents, 90 per cent of whom are single mothers, who may not have any other support in terms of childcare options. There’s every good reason to believe that a similar pattern may emerge again this time around.”

Hesse adds that he has seen for himself the difficulties working parents encounter, with members of his own staff working from home.

“My concern is that without the option of being furloughed, working parents may be forced to take time off to look after their children, take unpaid leave, or leave the workforce altogether.

“With schools being closed until mid-February at least – and possibly longer – employers need to do all they can to prevent working parents being required to perform a juggling act that no one should have to carry out.”