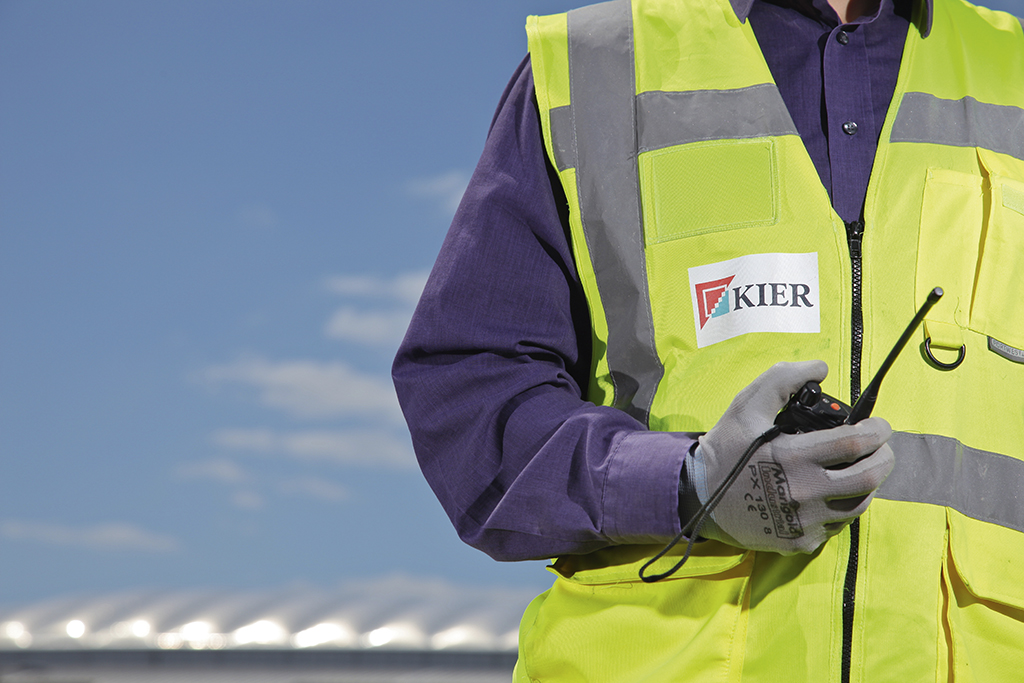 This year will prove pivotal not just for the construction industry but the entire UK and global economy.

Financial pressure, changes in demand and accelerations in technological adoption have forced some radical changes upon the UK construction industry.

The beginning of the end of the COVID-19 pandemic might be in sight thanks to the roll out of vaccines. But social distancing is likely to remain for many, many months while investors might decide to sit and wait before committing to big new investments. Both will have major impacts on contractors’ revenue and profit.

And then there’s Brexit to contend with, whatever form that takes.

The challenges of the past year have been immense, and the next 12 months are unlikely to be a quiet ride.

As 2019 drew to a close, it was rumoured that Kier was close to selling its housebuilding business – Kier Living – which would help put a dent in its burdensome net debt and mark a major step in the company’s turnaround.

This year did not mark the big step forward in the company’s turnaround plans that had been planned, as COVID-19 made selling businesses in the early part of the year that much harder. Kier’s reported pre-tax loss was also comparable to last year at £225m (2019: £229m).

Since the pandemic hit, the company has stepped up cost-cutting measures and now plans to axe around 1,700 jobs, 500 more than previously announced, and chief executive Andrew Davies says the company’s operating costs will be around £100m lower by next June.

The big headache remains its debt burden, though, which increased this year. Average month-end net debt climbed to £436m from £422m the previous year, while gross debt jumped to £750m compared to £500m 12 months prior.

With government spending expected to ramp up, and financial heath being an increasingly important criteria for winning work, Kier will not want to be left behind. Getting a decent price for Kier Living and knocking a hole in that debt remain the priorities (for another year). 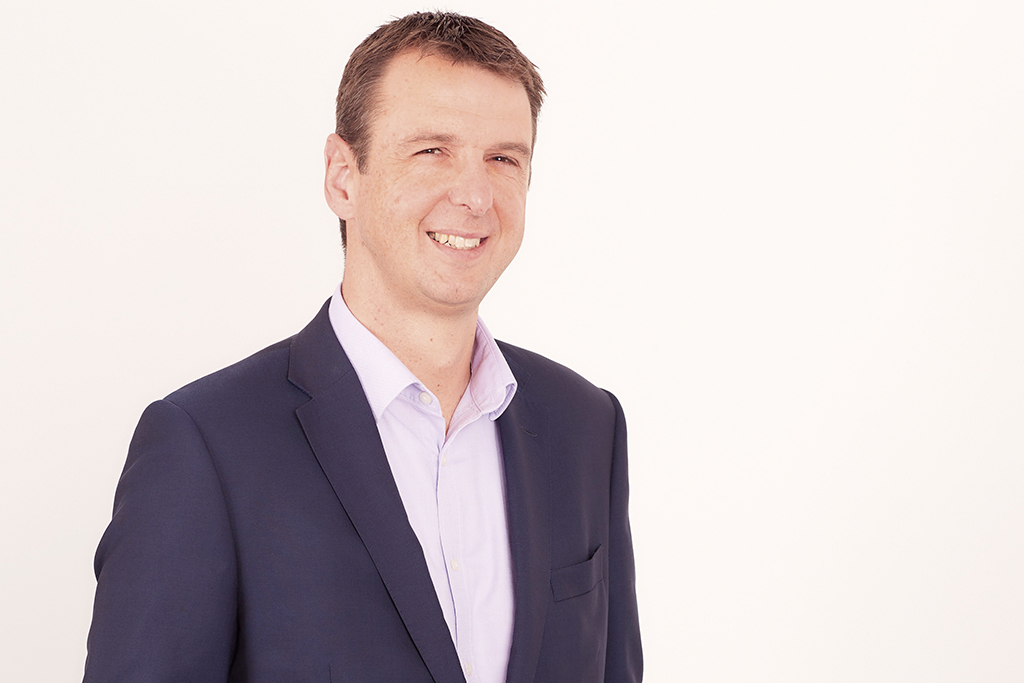 Few firms will look back on 2020 with fondness, with Costain perhaps least of all.

There was the costly lost adjudication decisions and a rights issue at maybe the worst possible time in the last decade. It announced plans to raise £100m in new shares on 11 March, close to the end of a one-week period when stock markets around the world plunged as the COVID-19 pandemic took hold and investors pulled out their money. In the five days after Costain announced its rights issue, its share price fell 75 per cent.

Next year, surely, will be better on every front for the company. It is well capitalised, it will (it hopes) not repeat the raft of negative adjudication decisions, and is well-placed to benefit if the expected ramp-up in infrastructure spending materialises. Expect a much better year for the firm. 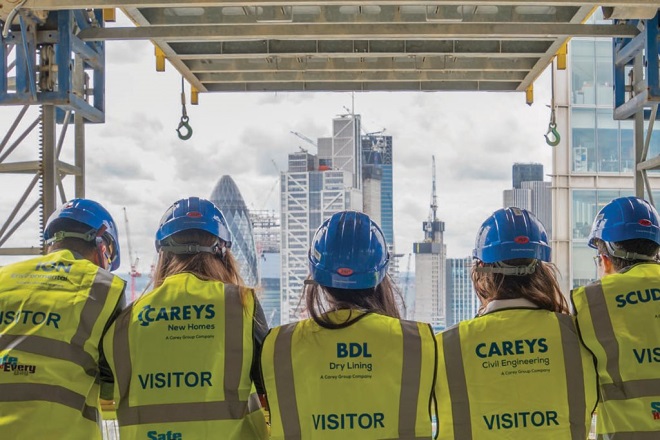 The London-based civil engineering contractor could be set for a defining year.

This year Jason Carey took over the running of the company from Denis Deacy. Jason represents a new generation of the Carey family taking control of the business and he moves into the hot seat at an interesting time.

Careys has diversified significantly from its groundwork contracting origins but, geographically, much of its work remains focused in London and the South East, with the residential and private commercial markets prime sectors for it. The outlook for the London commercial, and particularly office, market is not as doom and gloom as it was six months ago but, nevertheless, the expectation is for a difficult 2021.

The new boss will undoubtedly want to stamp his mark on the business; will that be by competing in a tight London market, or looking to go elsewhere? Or will Jason Carey bide his time and be content to see the business shrink to protect its margin? Expect a new strategy from the group in the new year. 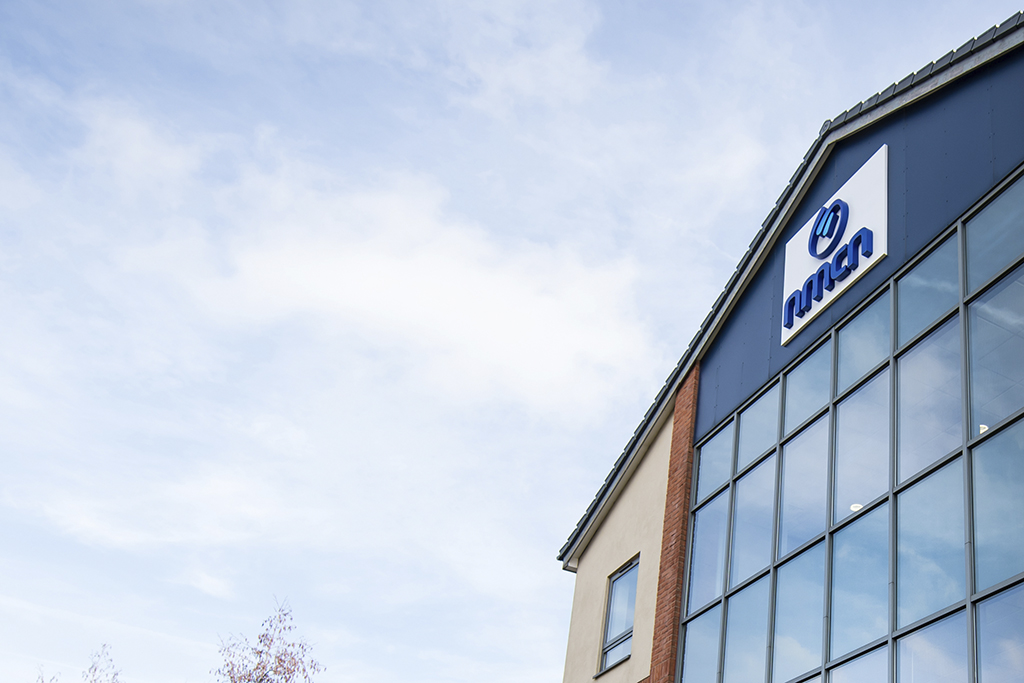 The publicly listed NMCN has had a more tumultuous year than most from an organisational point of view. In July, its chief financial officer announced plans to move on, with CEO John Homer leaving suddenly two months later. In October the company announced it was investigating accounting irregularities, which could lead to restatements.

The succession of big, negative announcements, unsurprisingly spooked investors, who started dumping shares in late September and, by mid-October, had wiped out more than half of the company’s market value. Since then, there has been a strong recovery of more than 50 per cent, reflecting the company’s healthy position and prospects in the telecoms and highways markets, which are expected to see an increase in spend, as well as its contract wins for AMP7 in the secure water sector.

Leading a public company is more difficult than a private firm, and Homer was well remunerated during his tenure. It will be interesting to see who takes over at the top of the firm – and what the outcome of the company’s internal investigation is. 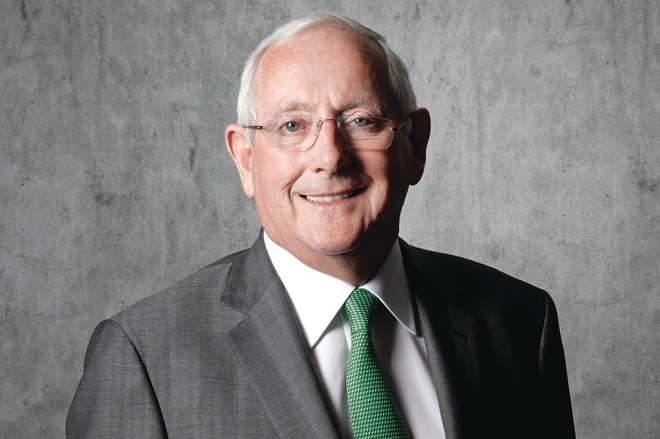 One consequences of the pandemic is the increased focus on offsite construction. In a socially distanced world, it makes sense to do more work in a more spacious, easier-to-control environment like a factory rather than a potentially tight construction site.

Laing O’Rourke has nailed its offsite colours to the mast more intensely than any other major UK contractor. It has spent years and well over £100m investing in its Design for Manufacture and Assembly approach (DfMA) approach. It’s clear the company senses the stars are aligning with its DfMA technology primed to meet the growing demand from government.

The evidence that O’Rourke and his senior team are going for it is clear. In June, the company took the unusual approach of taking out a full-page advert in the Sunday Times, extolling its DfMA capabilities and financial health. It was recently named as a strategic supplier to the government as well, meaning it will now have a crown representative who will manage the relationship between Laing O’Rourke and Whitehall.

The last few years have seen Laing O’Rourke consolidate after a bruising experience with its Canadian PFI hospital venture and teething problems on its DfMA solutions. In 2021 we could see a return of a bold and expansionary Laing O’Rourke. 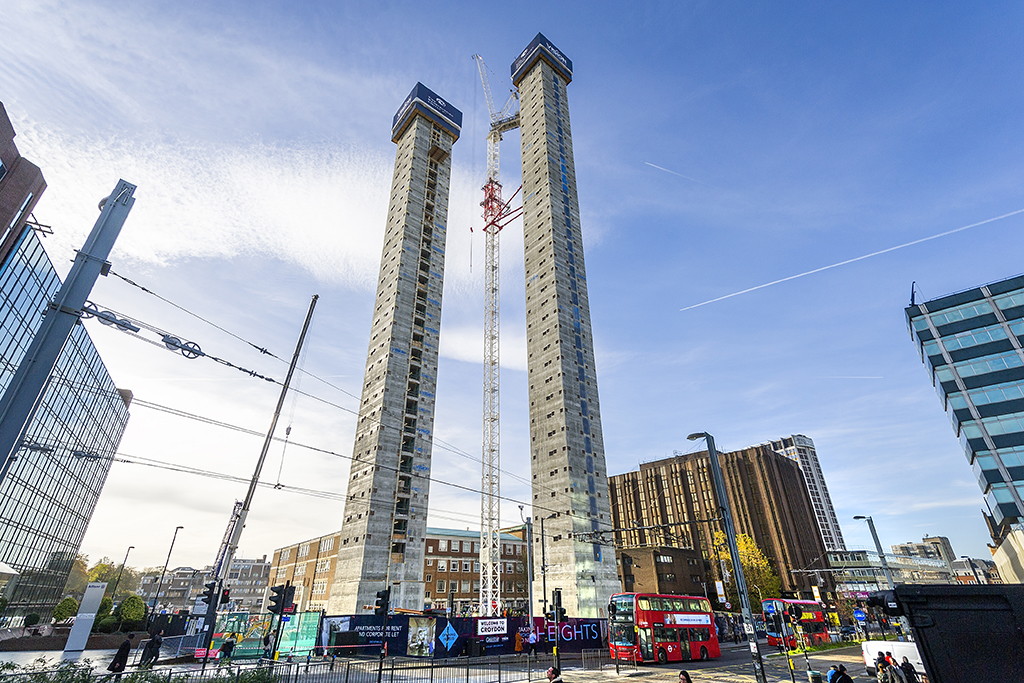 Tide Construction was the highest new entry on this year’s CN100, capping years of rapid growth for the contractor. What makes Tide particularly interesting and one to watch is its work in the modular construction market.

It has carved out a leading position delivering high-rise modular construction, which is best shown by its 101 George Street project in Croydon. Touted as the world’s tallest modular tower in 2019, the company worked in conjunction with Vision Modular, which produced the 1,524 modules that were bolted together to make the 38 and 44-storey towers.

Both Tide and Vision are controlled by veteran modular construction builder and developer John Fleming. We could well see Tide moving up the CN100 rapidly. 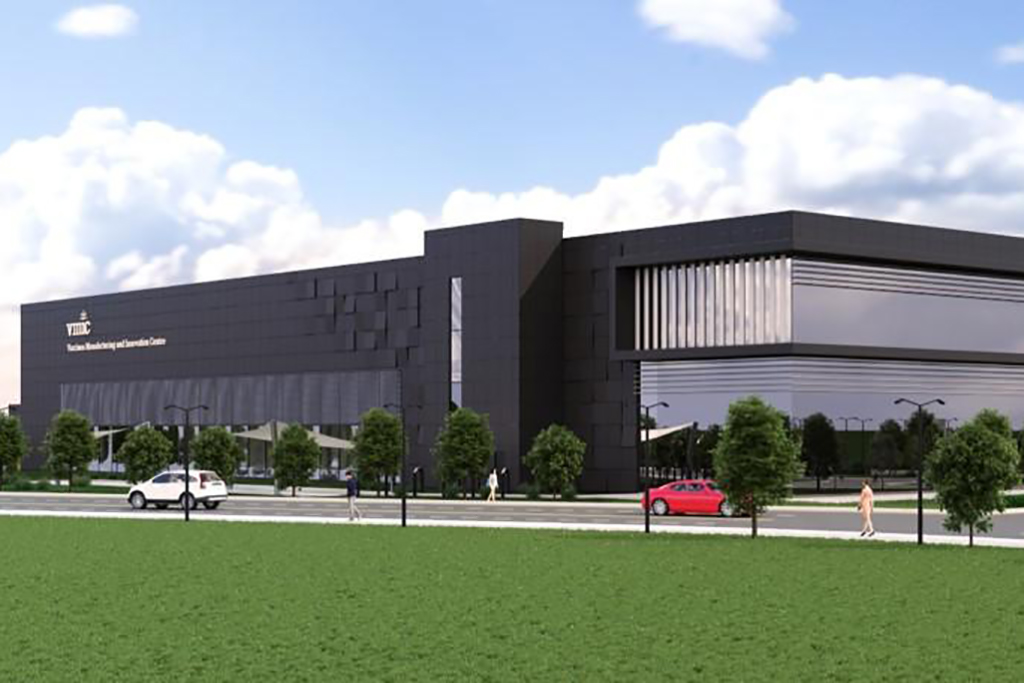 Perhaps the most remarkable growth story in the construction industry this year is Glencar. The company was only founded in 2016, but is already turning over £100m on an annualised basis.

This growth has not been in a straight line. To illustrate this, in its financial year ending March 2019 the company was too small to file full accounts. In its next accounts, for the 18 months ending 30 September 2020 it reported revenue of £144m, up from £22m in its previous financial year.

Glencar has successfully ridden the ‘Big Sheds’ wave, working on warehouses and logistics sites for the likes of Ocado, Segro and Peel Logistics.

The company says its main priority is to “handle growth in a sensible and sustainable manner”, although its workforce, while doubling during the year to 80, remains small compared to firms of a similar size.

Glencar’s committed forward order book stands at more than £180m and the warehouse and the logistics market looks likely to remain buoyant for the foreseeable future. It will be interesting to see if the company consolidates its position in its current markets, or if it decides to look further afield to continue growing. 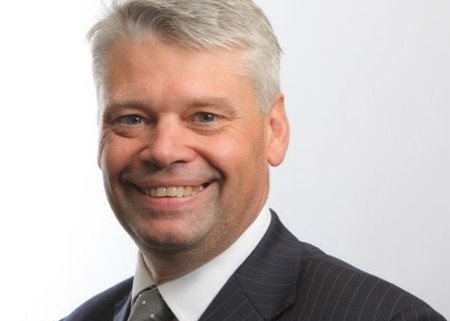 What do bankers do with a contracting business? We should find out in 2021.

Interserve’s lenders took control of the business through a pre-pack administration in 2019, with the aim of doing what they could to recoup some of the hundreds of millions of pounds they had lent the failed company. Over the past 12 months they’ve managed to do a deal to sell its facilities management business to Mitie for £190m and at the start of this month it was reported that the company had stepped up efforts to offload RMD Kwikform for around £150m. If that goes through it will leave Interserve Construction as the last significant business under lenders’ control.

Under managing director Paul Gandy (pictured) the company has continued to win work, much of it in the health sector, which could see further investment in the coming years. It is in a much better position than it was two years ago. Nevertheless, its lenders are probably not interested in remaining owners of a contracting business, making relatively small margins, as all tier one contracting businesses do, with little left in the way of dividends to extract.

A sale would not be surprising, but who would buy it is not obvious. Experts say there is little appetite for big M&A activity among UK contractors, making a foreign buyer or private equity bid seem most likely. 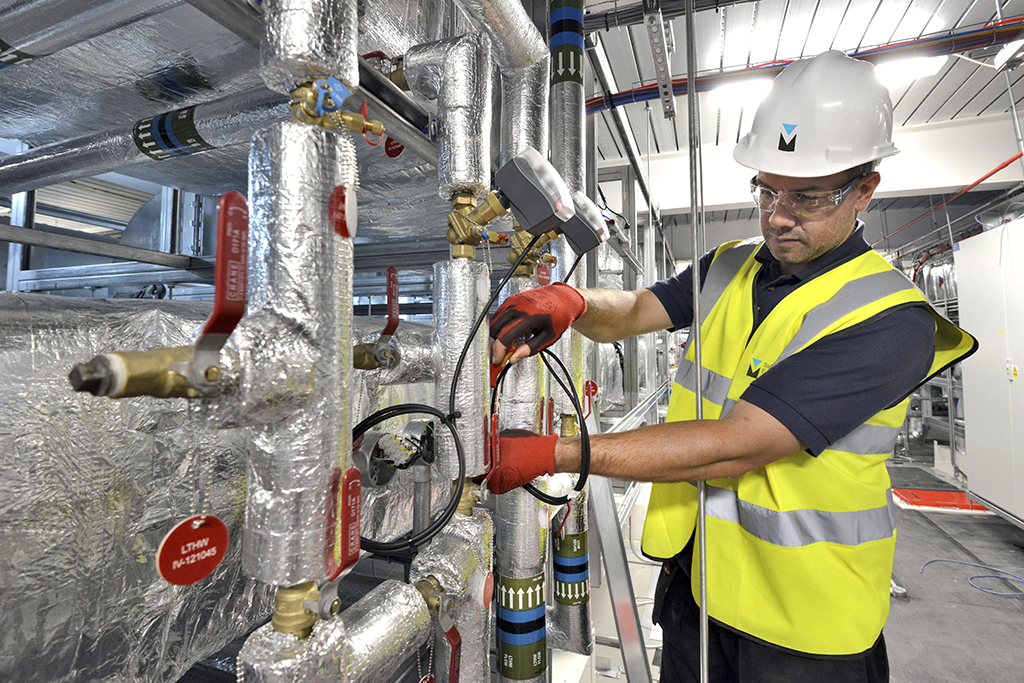 Merit is the third company to make the list on the basis of its offsite expertise. The company stands out from the rest with its commitment to the approach, however.

It was founded in 2002 doing a mix of traditional and offsite construction, but in 2019 it went all in on offsite delivery with a new strategy.

The move appears to be paying off. After a dip in revenue in 2019 to £34m from £47m in 2018 as the company changed tack, Merit is now set on a growth path. And the company is punching above its weight, winning a £50m healthcare contract against larger competitors, according to its results.

The company believes it is well-placed to capitalise on the government opting for more offsite delivered projects. Managing director Tony Wells told me earlier this year the company is preparing for turnover to top £100m in the next five years.

It is a big bet to shift focus solely to modular construction, but 2021 could see an early pay off for the company. 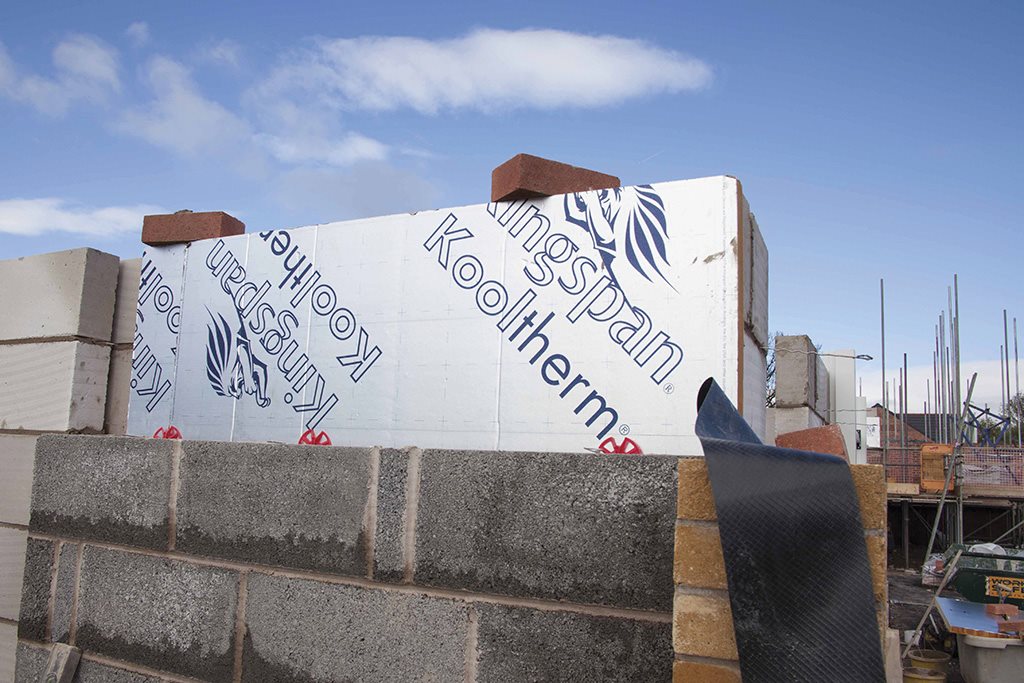 Whatever else Kingspan has done this year, it will largely be remembered for what has emerged at the Grenfell Tower Inquiry.

Several sessions resulted in damaging headlines for the company. In one, a director of the materials supplier was forced to apologise after being shown an email he sent to a colleague about a consultant who had raised concerns about the combustibility of its product in which said the person could “go f**k themselves”. In another, documents showed members of Kingspan’s technical team joked that they had lied about the fire-safety properties of their insulation – their boss refuted this suggestion and could not explain their behaviour. There were also allegations that Kingspan used rigged fire performance tests to lobby MPs over plans to ban combustible materials from high-rise buildings in the aftermath of the fire – Kingspan denies attempting to deliberately mislead the lawmakers.

No party has come out of phase two of the Grenfell Inquiry well, but the revelations regarding the materials suppliers, which also include Celotex and Arconic, have arguably been the most shocking.

The inquiry is far from over, and how Kingspan responds not only to the evidence against it, but also the wider reputational damage, remains to be seen.

Evidence hearings for phase two are due to be concluded in the early months of next year. When the chairman’s report will be issued we do not know, but it should reveal where the most grievous failures in the refurbishment of the Grenfell Tower were.